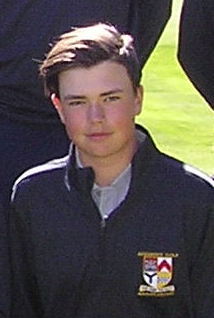 Dylan Cairns (Royal Troon) was the best placed of the 6 Ayrshire players who took part in the 2021 Scottish Boys Under 16 Strokeplay Championship from the 6th to the 8th of July at Dumfries & County.

In the championship, won by England's Sam Easterbrook with a six under par three round total of 201, Dylan Cairns finished in 19th place with a four over par total, following rounds of 69, 71 and 71.