US COLLEGES GOLF - Macneal hits the headlines in October

Prestwick Golf Club's Charlie Macneal has been hitting the headlines in the US college circuit in October, winning two tournaments with some impressive scoring.

Ayrshire golfer Charlie Macneal has scored one of the biggest-margin victories this or any other year on the US men's college tournament circuit with a brilliant 15-under-par aggregate of 201 in the Quail Valley Collegiate at Quail Valley Golf Club, Vero Beach, Florida today.
Macneal, in his final year (2013-2014) as a student at the University of Louisiana-Monroe, was scoring his second win during October. Early in the month he won the Husky Invitational.
Macneal's Scottish team-mates, Greg Smail, a sophomore (second-year) student from Musselburgh and Calum Hill from North Berwick, finished joint second and joint 33rd in the Quail Valley 54-hole tournament.
Charlie had rounds of 68, 67 and 66 over a longish par-72 course of 7,325yd. He finished 11 shots ahead of Smail (68-74-70) and Brett McKinnon (Jacksonville) (70-69-73).
Hill, a freshman student still settling in over in the States, shot 73-74-80 for 227.Calum is pictured below before he left for America in August.

Not surprisingly, in view of Macneal and Smail's efforts, Louisiana-Monroe (847) won the team title by 21 shots from McNeese State (868) with Jacksonville (877) third of nine teams

Macneal won the Boyd Quaich international students' tournament at St Andrews during his summer holidays back home in Scotland.
Posted by AJM at 12:41 am No comments:

AYRSHIRE GOLF ASSOCIATION AGM - No rise in subscriptions for 2013 - 14

Representatives from fifteen member clubs attended the AGM of The Ayrshire Golf Association at Caprington GC on Monday 21st October, with apologies received from a further seven member clubs.


The meeting approved the Presidents report, financial report, coaching report, course rating report, Ayrshire Junior Golf League report and Scottish Golf Union report, which had all been circulated to member clubs prior to the meeting.

During the evening, discussions took place on a number of matters relating to golf in the county, and in particular there was considerable debate on the transition from the ClubGolf initiative into club membership and the retention of members within clubs.

President Milton Murray (Irvine) and Vice President James McMurdo (Ballochmyle) continued into their second year in office without re election being required.

Ricky Magee (Caprington) and Iain Harvey (Kilmarnock Barassie) were re elected to the Area Executive.

Three vacancies for three years and two vacancies for two years remain on the AGA Executive. Any member of an AGA member club with an interest in becoming involved in the work of the Area Association, should make contact with the President or Secretary if they would like further information.

Secretary Alasdair Malcolm advised the members present that the SGU Per capita subscription for 2013 - 2014 would rise by 30 pence to £10.60.

The meeting unanimously approved the proposal from  The executive that the Ayrshire Golf Association per capita subscription would remain unchanged for the forthcoming year, at £2.20.

Clubs will receive their area subscription forms in due course, along with entry forms for a number of competitions in the 2014 season.
Posted by AJM at 10:51 am No comments:

Three Ayrshire players have been names in the three tiers of player support squads announced by the SGU recently. Jack McDonald (Kilmarnock Barassie), Euan Walker (Kilmarnock Barassie) and Stuart Easton (Irvine) have been included in the mens, Uder 21 and Boys groups respectively.
(SGU press release)
Scottish Golf Performance Manager Steve Paulding has expressed his excitement at the crop of young talent developing within the amateur ranks, as the players receiving support from the governing body for 2013-14 were announced.
The three main tiers of players support were outlined for the season ahead, with former European Tour professionals Andrew Coltart and Dean Robertson on hand to give their thoughts on the current progress of the amateur golf scene in Scotland.
After a year which produced highlights – Bearsden’s Ewen Ferguson became the first Scot in almost 10 years to win the British Boys Championship and Scotland reached the European Men’s Team Championship final – there were disappointments, notably the failure of a Scot to make the Walker Cup side for the first time since 1949.
However, the future appears to be bright, with teenagers Bradley Neil (Blairgowrie), fresh from finishing joint runner-up in the Alfred Dunhill Links Pro-Am on the European Tour, and US-based Ewan Scott (St Andrews) promoted to Men’s level on the back of their achievements.
Rising stars such as Ferguson, Robert MacIntyre (Glencruitten) and Murray Naysmith (Marriott Dalmahoy) head up a strong Boys’ group.
Indeed, of the 29 players supported by the Scottish Golf Union for 2013-14, only six are over the age of 20 – a reflection of the youthful talent within the national game. For many, there is the goal of representing Scotland at the World Amateur Team Championships in Japan in September 2014 and Mexico in 2016.
While each player has his own set of circumstances, the national players can be bracketed into three new levels – Men’s, Under-21s and Boys.
The set-up reflects a new individual approach to support for the nation’s leading amateur golfers, with continued backing from Official Scotland Team Partners Aberdeen Asset Management, TaylorMade-adidas Golf and sportscotland.
Paulding, joined at Aberdeen Asset Management’s Edinburgh offices by Coltart (SGU Performance Committee), Robertson (University of Stirling Head Coach) and Stephen Docherty (SGU Non-Executive Performance Director), explained: “We are moving away from the idea of squads where everyone expects the same support and opportunities.
“Many of our players have different circumstances and we’re now looking at a more individualised approach, as well as one reward-based for good results. It’s about supporting players based on their needs, development and ability.
“We have Boys’ players who are now full-time, like Ewen Ferguson, Men’s players who are based in the US and at home, but also players who are competitive and working, namely career amateurs, like Matthew Clark.
“’I’m excited for the future. A number of players in last year’s Men’s Squad didn’t reach the standards we had hoped in leading individual events at British and European level, but we have an exciting group of young players coming through.
“The likes of teenagers Bradley Neil and Ewan Scott, who were both capped at Men’s European level last season, and a number of others, including the British Boys champion Ewen Ferguson, offer us real promise for the future.
“While the Walker Cup was a disappointment, we had four players in the victorious Great Britain and Ireland side at the prestigious Jacques Leglise Trophy, which again reflected our strength at Boys’ level.”
Paulding was also keen to stress that his team, including Ian Rae (National Coach) and Kevin-Cademy Taylor (Scottish Golf Performance Development Manager), continue to work hard with coaches across the country to develop players.
He added: “The majority of all SGU National players have their own personal coach. We’re working alongside them all to develop and further improve Scotland’s leading amateur golfers.”
SGU Men’s Players 2013-14

Pamela Feggans from Patna has a good opportunity to secure her place in the full LET European Tour next year as she chases one of five places available with only three events counting events remaining to be played.

The race to make the Ladies European Tour heats up this week with the Grecotel Amirandes Ladies Open, which will be the third last event of the season on the LET Access Series, the feeder tour to the LET.

With just this week’s event and the Costa Blanca Ladies Open to play before the 2013 season finale at The Mineks Ladies Open in Turkey, the intensity will go up a notch at Crete Golf Club in Hersonissos, which is hosting the 54-hole stroke play tournament from October 24-26.

Last year’s tournament at the same venue marked the Tour’s inaugural visit to Greece, when Austrian Christine Wolf took the title on the first play-off hole. The first two days were cancelled due to strong winds reaching 77 miles per hour, but much more favourable, clear and sunny skies are expected this week.

Wolf has returned to defend her maiden title and is part of a strong field of competitors, which includes all of the top 20 players on the LETAS Order of Merit. Barcelona’s Mireia Prat, who won the Ocho Golf Ladies Open in Galicia in early May, leads the LETAS Order of Merit and is already assured of earning one of the five LET cards available for next season.

A field of 70 golfers from 21 different countries will tee up in the Grecotel Amirandes Ladies Open, including eight tournament winners from this year.

In addition to Christiansen, Prat, Feggans, Broch Larsen and In-Albon, the 2013 champions in the field include Heather MacRae, Lauren Taylor and Hannah Ralph.

At the close of the 2013 LETAS season, the top five players on the 2013 Ranking will earn membership of the Ladies European Tour while players in sixth to 20th positions will have the opportunity to progress to the final stage of Lalla Aicha Tour School for 2014.

Along with her other achievements this year, Connie Jaffrey (Troon ladies) can list the West Of Scotland Girls Championship title amongst her wins.

The semi finals and final were played on Sunday 6th October over Troon Portland course, the home course of the Troon Ladies club. 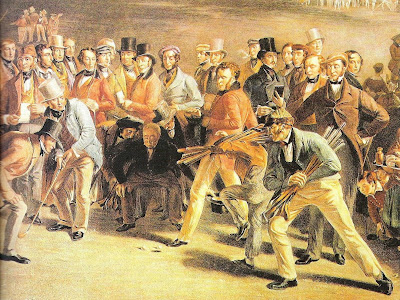 The final table and full list of results are :-