Alex Glennie (Kilmarnock Barassie) is the 2013 West Of Scotland Veteran Ladies Champion after winning the final at Renfrew Golf Club on Friday 31st May.

Irvine's James McKinnon won the Cardrona Hotel 36-hole Challenge at the Peebles venue today by one stroke from overnight joint leader James Byrne after the Ayrshire man's cruise to the winning line was almost sunk by a triple bogey 7 at the penultimate hole.
(Report courtesy of The Cal Carson Golf Agency)
McKinnon, 40 years old and a pro since 1992, looked to have the £1,750 first prize all but signed, sealed and delivered when he improved his overnight six-under-par position to 12 under par with birdies at the first, second, fourth, fifth, sixth, 12th and 16th - offset by a single bogey at the short 13th.
Banchory's Byrne, level on six under at the start of the round, could not keep up with McKinnon's blistering pace even though he himself had an eagle at the 12th and birdies at the second, sixth and eighth.
Trouble was James also kept dropping shots at regular intervals - the third, fifth, seventh and 14th.
When McKinnon birdied the 16th to move to 12 under par, he was five shots clear of Byrne, his only rival in the scoring stakes. Then came a dramatic four-stroke swing between the leaders at the par-4 17th. Byrne birdied it to get to eight under while McKinnon ran up a 7 to slump to nine under par.
High tension for the last hole. But McKinnon drew on his 21 years' experience as a pro to grind out a par down the 18th for a 69 and a total of 135.
That was one shot ahead of Byrne who had to settle for a closing two-under 70 after he  could not get the birdie that would have seen the 24-year-old Northern Open champion force a play-off over the course where he won the Scottish boys' stroke-play title in 2007.
Still, Byrne earned £1,250 as a consolation prize.
A hole in one at the fifth helped Graham Fox (Clydeway Golf) to tie for third place on 138, two behind runner-up Byrne, with Chris Kelly (Cawder), the long-time leader in the clubhouse after posting a second-round, best of the day 67, and Jason McCreadie (Buchanan Castle). They each earned £800.
Kelly's girl friend, Heather MacRae (Gleneagles) also had a very good tournament.
She had rounds of 72 and a five-birdie 71 to finish joint 15th on 143 and earn £170

Ayrshire will have nine players bidding for the Scottish Open Strokeplay Championship title when the event begins on Friday 31st May at Southerness Golf Club.

The event has been won twice by players from the county, in 1985 by Colin Montgomerie (Royal Troon) and in 1993 by Alan Reid (Kilmanrock Barassie), and will be played from Friday through to Sunday this weekend.

The Ayrshire players taking part are :-

Emma Hale (Troon Ladies) was runner up in the prestigious Munross Trophy competition over the Montrose Links on Sunday 26th May.

Hale, who was a semi finalist in the Ayrshire Ladies County Championship last month, had rounds of 76 & 72 for a 148 total, which left her just two shots adrift of the winning score, posted by Jane Turner (Craigielaw).

The other Ayrshire player in the field, County Champion Connie Jaffrey (Troon Ladies), finished on 167 with rounds of 86 & 81. 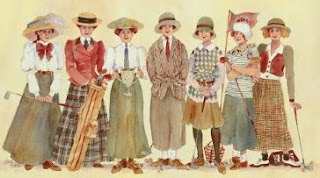 SCOTTISH BOYS UNDER 16 CHAMPIONSHIP - Closing day for entries near

The closing date for the Scottish Boys U16 Championship, to be held ay Portlethen from 3rd to 5th July, falls this week.

All entries for the event must be received by the Scottish Golf Union by Thursday 30 May. 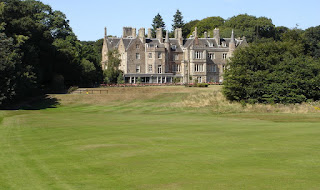 There are still a few spaces available for the Belleisle Cup, which is scheduled to be played over the Ayr Belleisle course on Sunday 2nd June.

The 36 hole scratch event, sponsored by Corum, is a counting event for the Doc Thom Ayrshire Order Of Merit.

Prizes will be awarded to the top eight players in the competition with the winner receiving a voucher for £275 this year along with custody of the prestigious trophy for the year.

Competitors will have courtesy of the course on Friday 31st May for a practice round, subject to availability, and on production of proof of entry.

Enquiries for a late entry should be directed to the club Match Secretary, ROBERT MORRISON,  or by telephone on 07708 861569

Western Gailes are offering a limited number of tee times to members of local clubs over the summer months for fourballs, at an considerably reduced green fee. 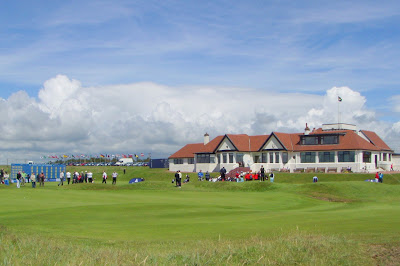 Throughout its history Western Gailes has provided an exceptional and hugely enjoyable challenge for its members and visitors alike.

Recognising that the course has been relatively inaccessible for many local golfers throughout its history, the Club's Committee has implemented an initiative to make the course more accessible to local golfers.

To that end, and for the summer months only, there will be 2 tee times available for local 4-balls on Mondays, Wednesdays and Fridays for £200.

There will be a further 2 tee times available on Sunday afternoons after 2:30pm for £250.

These tee times are available on a first come, first served basis and may only be booked from 3 days in advance.

Ayrshire narrowly lost out to Stirlingshire in their first fixture of the season in the West Of Scotland Under 18 inter county league.

﻿
In a tight match, with four of the eight ties being decided on the final green, the home side found themselves two behind after the opening two ties but turned things around to record a 4.5 - 3.5 win.

Ayrshire opened well with Murray McCrone and Campbell Mathieson winning the first two ties. Despite fighting back from a four hole deficit, Connor McKay lost out on the final green whilst defeat for Ross McDonald in the remaining Under 16 tie saw the hosts level the match at 2 - 2.

Callum Gorrie was edged out on the 18th green and with Shaun hedger losing by 3 & 1, Ayrshire needed to win the remaining two ties to force a half match.

With some fine approach play over the closing holes, Stewart Russell forced a half in his tie, but despite Darryll Lynch's one hole win in the remaining tie, Ayrshire came up just short in their efforts to force a draw. 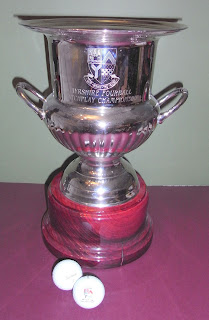