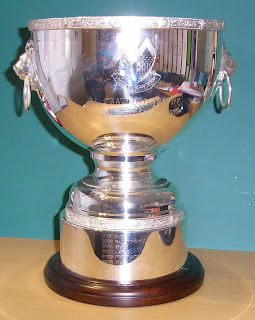 The competition, for the R.L Crawford Trophy, was won last year by Girvan GC at the Irvine (Bogside) course.

Entry forms and information has been emailed to all clubs. The entry form is also available to download from the appropriate link on the left of this page, under the 'Mens Info' heading.

Only one team is permitted per club, with the maximum individual handicap for players being 4.

The winners of the championship will be nominated to represent Ayrshire at the 2013 Scottish Club Championship competition which takes place at Lufness New GC on 29th September.
Posted by AJM at 10:16 am