Despite Scottish Golfer Of The Year Jack McDonald being unavailable due to university exams, a strong Ayrshire team has been announced for the 2013 SGU Area Team Championship, which takes place at Crail on 18th and 19th May.

Also included is the 2011 Scottish Boys Champion and the winner of both the county Strokeplay and Matchplay titles in 2012, David Wilson (Troon Welbeck).

Former Ayrshire Matchplay and Champion Of Champions trophy winner Scott Brown (Turnberry) has also been named in the side along with 2010 Scottish Mid Amateur Champion Craig Hamilton (Ballochmyle).

John Shanks (Irvine) who along with Steven McEwan was in the side when Ayrshire last won the Area Team Championship title in 2008 is once again included in the Ayrshire side, as is Ewan McKinnon (Corrie) who is making his debut in the event. 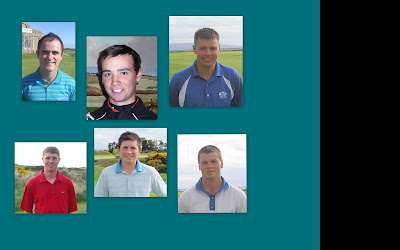