CALLING ALL YOU SENIORS !!! - Make sure your club checks this one out.

Members of the present League include Loudoun, Ballochmyle, Annanhill, Caprington and Irvine Ravenspark, who compete for a trophy donated by Ballochmyle Golf Club.

Presently, players over the age of 55 are eligible and the league is played home or away,alternating each year.

Matches can be played on weekdays or at the weekend, subject to course availability.

IF YOUR CLUB MAY BE INTERESTED - contact either GEORGE JARDINE at Loudoun Gowf Club or TOM STEVENS at Ballochmyle, for further details.
Posted by AJM at 10:36 pm No comments: 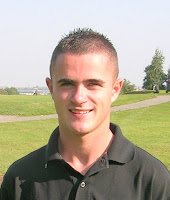 Steven McEwan was just four shots away from winning the prestigeous international amateur event, The Macquarie International Championship at the Belmont Club

In a good event for Scotland's representatives, McEwan, in 6th place on 286 was four behind the total of third placed Craig Watson.

The performances of Watson and McEwan had the added bonus of moving the players to 112 and 194 respectively in the R&A world amateur rankings.

For a further report on the tournament & comments from the Scottish Golf Union, visit the SGU website at www.scottishgolfunion.org
Posted by AJM at 10:19 pm No comments:

The Ayr Belleisle pairing of Ian Yates and Derek Brown are the 2006 Ayrshire Fourball Trophy winners, after defeating the Turnberry team of Tom Bennett and Ronnie McLellan by 4 & 3 in the rearanged final, held over the Dundonald Course at Kilmarnock (Barassie) on Sunday 28th January 2007.

The final, originally played on 11th September but abandoned at the 11th hole due to flooding,could have been titled "The Duel In The Wind" with a stiff north westerly breeze making club selection difficult and long iron approach shots to the green the norm.

The match started in great style, Turnberry winning the first with a birdie from Ronnie McLellan. This, however, seemed only to spur the Belleisle team into action as they took the next three holes, two of them with birdies, to go two up after four.

A superb 5 wood second shot to the 6th set up a win for Tom Bennett to reduce the defecit, but again Ian Yates rose to the challenge taking back a hole by the turn to give Belleisle a two hole advantage into the inward nine.

Neither team could make a breakthrough in the closing stages until Ian Yates holed a 12 foot putt for a winning par at the 14th, to take his team to three ahead.

At par three 15th, which proved to be the final hole of the match, all four players failed to hit the green into the full strength of the wind. Derek Brown played a fine recovery shot to within 3 feet of the hole but was surpassed by his partner Ian Yates who saw his attempt finish 3 inches from the cup. The conceded par was sufficient to win the hole and give Ayr Belleisle a 4 & 3 victory in a match whic was played in a most friendly and gentlemanly manner.

The winners will be presented with their trophy at the Ayrshire Golf Association Annual Dinner at Irvine Ravenspark in February 2007.
Posted by AJM at 8:59 pm No comments: 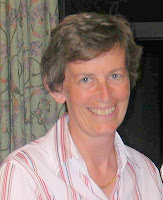 Ayrshire will host both the mens and ladies Scottish Amateur Championships in 2007, amongst a number of other major events in amateur golf.

The Scottish Ladies Golf Association bring the Scottish Ladies (Close) Amateur Championship to Kilmarnock (Barassie) from 15th to 19th May. When the Championship was last held at the Barassie course, in 1985, host club member Alison Gemmill (pictured right) took the title for the second time, beating Miss D. Thomson by 2 & 1 in the final. This followed on from Alisons first win in the championship, at Stranraer in 1981.


The Scottish Golf Union make a return visit to Prestwick with the Scottish Amateur Championship. from 30th July to 5th August.

The event has been hosted by the Prestwick club on seven previous occasions, the last being in 1998 when host club member and former champion Allan Thomson reached the semi final stage, nine years after he won the championship. The 1988 champion at Prestwick was Graeme Rankin. 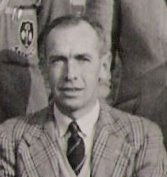 
all winning the national championship over the historic Prestwick links. Another name can also be added to the list, with the 1979 winner Keith McIntosh (Cardross) subsequently becoming a member of the Prestwick club.

Not to be left out, the Ayrshire Ladies play host to the three other West Division County sides when the West Division Inter County Jambouree takes place in July at Prestwick St. Nicholas.

These events will give the golfing public in Ayrshire a great opportunity to see the best amateur golfers in the country, & indeed Europe, in action with the chance to see many of the rising stars of Scottish and European golf at close quarters.

The Ayrshire Golf Association kick off the 2007 coaching programme with the Under 14 Talent ID day on Sunday 18th February 2007.

This is a great opportunity for clubs to nominate junior boys, who are considered by the club to have potential, to attend the ID day where they will be coached and assessed by the county coaching professionals, with a view to inclusion in further coaching sessions within the coaching programme later in the year.

Nominees should be under 14 years of age on 1st January this year. There is no handicap restriction on nominations, the main factor for nomination being the players considered by their home club as having potential.

It is important that nominations for inclusion in the Talent ID day are notified at an early stage.

ALL JUNIOR CONVENORS ARE ASKED TO FORWARD NOMINATIONS AS SOON AS POSSIBLE TO AYRSHIRE PRESIDENT RICKY MAGEE. 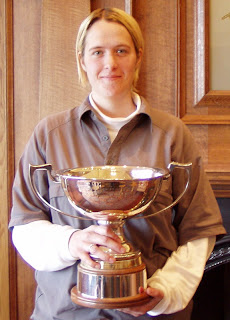 Two of Ayrshires brightest young golfing prospects are amongst 64 international students who have been awarded bursaries from the 2006 - 2007 R & A Foundation, the governing body of golf has announced.

The list of bursars is headed by the US Amateur Champion, Richard Ramsay from Aberdeen, who is studying at Stirling University.

With an extremely high standard of golfing ability, men needing a handicap of + 1 and women a handicap of 3 or better to qualify, as well as acedemic prowess as requirements, the inclusion of the two Ayrshire players in the list is a notable achievement for both.


Lesley Hendry (Largs Routenburn) - pictured right - is the current Ayrshire Ladies Champion and has represented Scotland at various levels and events in recent seasons. Lesley is presently studying at the University of Paisley.

Cameron Gray (West Kilbride) - pictured right - is a former Ayrshire Boys Champion and has represented Scotland at various levels of Boys' golf, presently being in the Under 18 national team.

Cameron is studying at The University Of St. Andrews.

Many congratulations to both Lesley and Cameron on their success in securing bursary awards and the recognition of their achievements which goes with the award from the Royal & Ancient Golf Club.