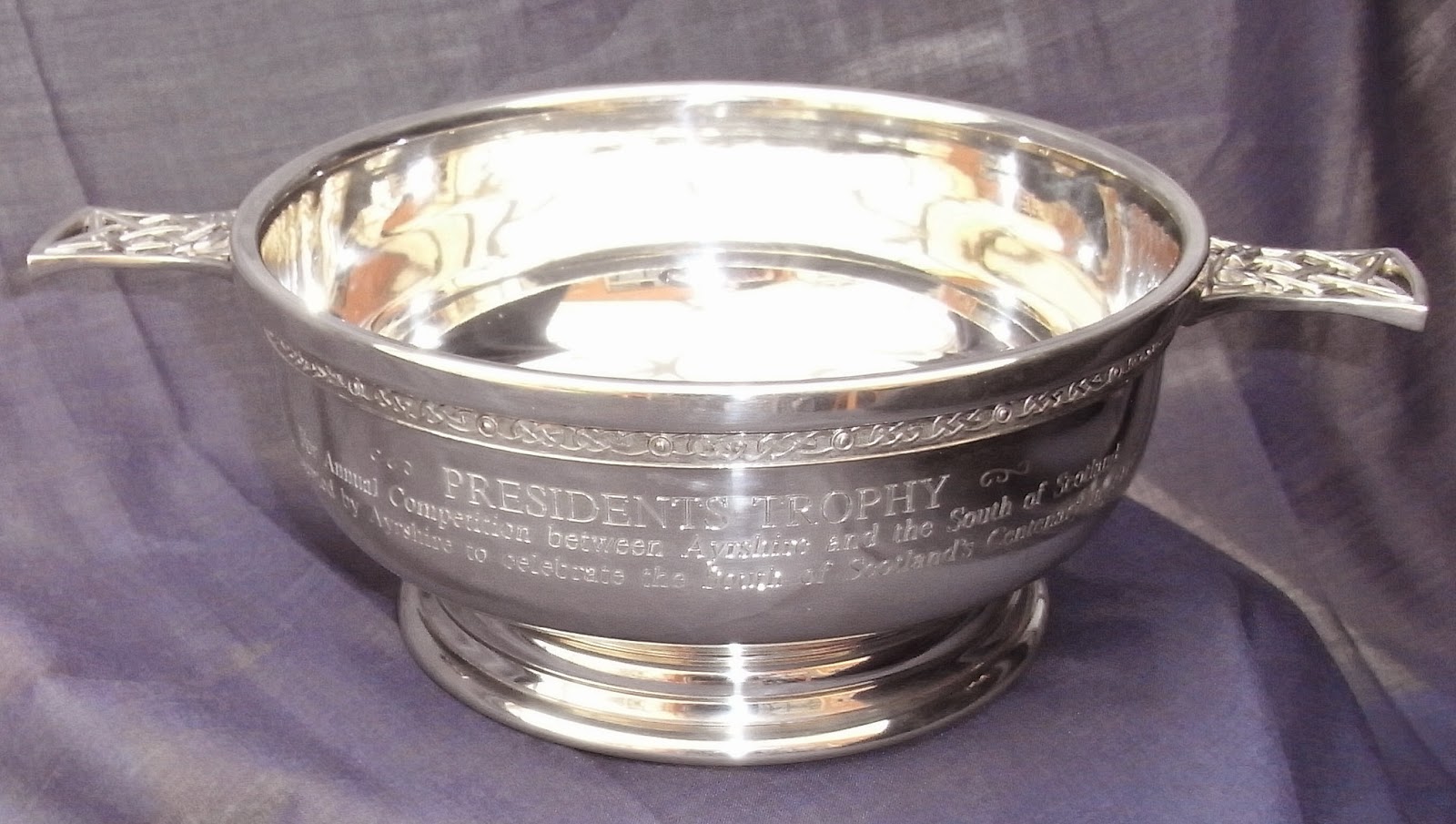 The combined Ayrshire Boys and  Youths team regained the Presidents Trophy in their annual match against the South Of Scotland on Sunday 29th March, winning by 13 - 5 at the Irvine (Bogside) course.

With the match played in very testing conditions, with heavy rain and strong, cold wind throughout, both teams produced some fine golf under the circumstances.

Ayrshire were set well on their way to victory after the morning foursomes, when they took 5.5 points from a possible 6.

In the afternoon singles Ayrshire won six of the twelve ties, with three half matches, to win the singles by 7.5 - 4.5

The 100% approval, voted on at an SGM at Stirling today, mirrors the unanimous support the S.L.G.A. members gave at their own A.G.M. earlier in the year.

The decision today brings Scottish amateur golf in line with the vast majority of other national golf associations and other amateur sports in Scotland, in having a single governing body, regardless of gender.

CHAMPION OF CHAMPIONS TROPHY - First round win for Murdoch

Frank Murdoch (Brunston Castle) is the first player through from the round one matches in the 2015 Ayrshire Champion Of Champions Trophy competition.

Murdoch, who reached the quarter final stage last year, recorded a 2 & 1 victory at home to Scott Bell (West Kilbride) to progress to round 2.

In the second round Murdoch has another home tie, against either Kevin O'Neill (Alton) or James McIntyre (Moorpark)
Posted by AJM at 10:25 am No comments:

The closing dates for entries to the opening two Ayrshire Golf Association Championships of the season are fast approaching.

Entry forms for this event have been emailed to club secretaries and junior convenors. If any club requires another entry form they should contact the Area Secretary at ayrshire.golf@btinternet.com


The AYRSHIRE STROKEPLAY CHAMPIONSHIP will be held the following week, Sunday 26th April, with the event taking place over the Loudoun Gowf Club course for the first time.

Entries for the Ayrshire Strokeplay close on SATURDAY 4th APRIL.

The entry form and poster have been emailed to club secretaries and are also available to download from this web page, via the link under the 'Mens Info' heading.

Again, if anyone has problems obtaining an entry form they should contact the Area Secretary at ayrshire.golf@btinternet.com

Bad weather forced a suspension of play for more than an hour on Saturday and the first round, at Burnside, was reduced to 14 holes because the later starters did not have enough light to complete their rounds.

A full round was possible today (Sunday) at Buddon and so the tournament, instead of being the scheduled 36 holes, was decided over 32 holes.

Chloe Goadby's score of 57 for the 14 holes on Saturday proved crucial in the final analysis. That gave her a one-shot lead over Hazel MacGarvie (Troon Ladies) and that was how they finished.