Two Ayrshire players were in action for Great Britain & Ireland last week, with Louise Duncan (West Kilbride) playing in the 41st Curtis Cup encounter against The U.S.A. at Conwy Golf Club in Wales from Thursday the 26th to Saturday the 28th of August, and Ruben Lindsay (Turnberry) taking part in the Jaques Leglise trophy against Europe, at Falsterbo Golf Club in Sweden, on Friday the 27th and Saturday the 28th of August.

The United States team eventually powered their way to victory in the Curtis Cup match by 12.5 - 7.5 over the three days, dominating the final day's singles to win  on European soil for the first time since 2008.

In the morning foursomes, Louise Duncan teaming up with fellow Scot Hannah Darling to secure a halved match with Rachel Heck and world woman's amateur number one Rose Zhang.

Louise did not play in the afternoon fourball matches.

In the foursomes on day two, Louise Duncan was again paired with Hannah Darling against Heck and Zhang, but lost out on this occasion by 3 & 2.

In the second day fourball ties, Louise was paired with Ireland's Lauren Walsh, and lost by 3 & 2 to Jensen Castle & Rachel Kuehn.

Louise Duncan played Rachel Kuehn in the final day singles, losing out by 2 holes in her tie.

In the Jaques Leglise Trophy match at Falsterbo in Sweden, the European team eventually had a comfortable victory by 16.5 - 8.5 over the two day series of ties.

Europe won the opening foursomes matches on the first day by 3 - 1. Ruben Lindsay did not play in the first series of matches. 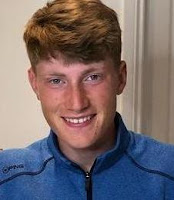 In the afternoon singles on the first day, Ruben beat Tiger Christiansen by one hole as the Great Britain & Ireland team took the singles by 4.5 - 1.5 to make the match score 6.5 - 5.5 to Europe overnight.

On the second day, Ruben Lindsay was paired with fellow Scot Cameron Adam in the foursomes, but lost out by 3 & 2 to Oihan Guillamoundguy and Riccardo Frantinelli as Europe stamped ther authority on the match, taking the second day foursomes  by 3.5 - 0.5. 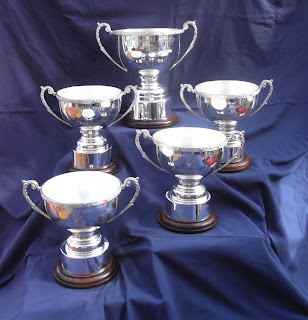 In DIVISION 3a, West Kilbride drew their final home match against Prestwick St Nicholas 3 – 3 to ensure their place at the top of the final table, thus securing a promotion place to Division 2 next season and lining up a home and away play off tie with Rowallan Castle for the 2021 Division 3 title, just ahead of their final day opponents from St Nicholas.

Final placings in Division 3a are:-

All outstanding matters regarding championship titles, relegation spots and play off places are as follows:-

The play off matches, to be completed, on a home and away basis, by the 17th of September

Prestwick St Cuthbert are through to the final of the 2021 scratch club team knockout competition for the Gary Bryden Memorial Salver following a somewhat unusual conclusion to their semi final match at Irvine Ravenspark on Friday evening, the 27th of August.

Following the opening two ties being shared, and the final tie being all square after 18 holes, a phone call to Area Association officials confirmed that the remaining tie should be played to a finish.

With the final tie being completed in rapidly fading light, the alternatives were to complete the tie in darkness or for those involved in the final tie to return for a sudden death play off at a later time.

The teams decided to conclude the match at the time, and with the assistance of car headlights illuminating the play off hole, it was Prestwick St Cuthbert that progressed to the final with a win at the first play off hole for a 2-1 match win overall.

The Prestwick St Cuthbert team will meet the holders, Royal Troon, in thefinal on Sunday the 5th of September at Kilmarnock Barassie, with details of arrangements to be forwarded to team officials in the next few days. 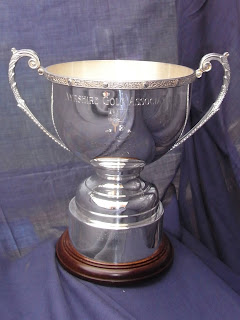 The destination of the 2021 Ayrshire Scratch league Division 1 title rests on the final match of the league championship campaign, between Turnberry and Irvine, which is scheduled to take place this weekend.

Present positions in Division 1 of the Ayrshire Scratch league are:- 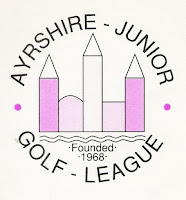 In the Ayrshire Junior Golf League Championship Group B qualifying section, Troon Welbeck confirmed their place in the final by winning 4 – 2 away to Prestwick St Nicholas then winning their their last qualifying section match by 3.5 – 2.5 at home to East Ayrshire.


With only the Ayr Belleisle Vs East Ayrshire fixture remaining, the present positions in Section B are:-


The final, between Troon Welbeck and Irvine, is scheduled to take place at Irvine GC on Sunday the 5th of September.

In the UNDER 16 KNOCKOUT TROPHY, the two semi final matches have still to be completed, with Irvine at home to West Kilbride and Prestwick St Nicholas at home to Troon Welbeck.

In the WALLACE THORNTON TROPHY semi finals, Irvine Play Kilmarnock Barassie whilst Troon Welbeck await the winners of the tie between West Kilbride and East Ayrshire.

The Wallace Thornton Trophy and Under 16 Knockout Trophy finals are both scheduled to take place at Irvine GC on Sunday the 26th of September.

Cameron Shanks (Caprington) is through to the final of the CHAMPION OF CHAMPIONS TROPHY, following wins over Dylan Cairns (Prestwick St Nicholas) and David Blyth (Ballochmyle) in the last two rounds. He now awaits the winner of the semi final tie between Kerr Brooks (Loudoun) and Ryan Kennedy (Irvine), with the final scheduled to take place at Irvine GC on Sunday the 5th of September.