NEW TEAM TAKE OVER AT THE PRESTWICK GOLF DRIVING RANGE

Some of you may know that the Prestwick Golf Driving Range has had a change of personnel over the last few weeks.

Ryan Crane, who was formerly assistant professional to Frank Rennie at Prestwick Golf Club prior to Frank's retirement earlier this year, is now running the main shop and driving range at the complex, after the departure this month of Malcolm Allan.

Frank's son, Graeme Rennie, another "weel kent" face at the professional shop at Prestwick over the years, has also moved to work alongside Ryan at the driving range complex, along with some of the established staff, including teaching professional Alan Gilmour.

I visited the range last week, for the first time in a while, and the improvements already established by Ryan and the team were clear to see. The range mats have all been replaced by a very much improved version, along with new range balls, baskets and very much improved distance and target markers on the range itself (only thing that didn't show an improvement was my golf and ability to aim at the new markers ---but that's another story !!).

There are undoubtedly further improvements in the pipeline, but the changes already made make a visit to the range and the shop well worthwhile, and even if the the golf's not that great, you could always enjoy a cup of tea and a scone in the coffee shop, which has also had a change in management over the last few months, and makes a welcome addition to the facilities.

Wishing Ryan, Graeme and their staff every success in their new venture.

As the golf clubs get (temporarily) packed away in favour of Christmas Shopping, there isn't much happening on the news front at the moment.

I would take this opportunity to wish all visitors a Happy Christmas (I hope you all get that new bit of golf equipment you were hoping for) and a happy and succesful golfing new year in 2005.

Thanks to all those that have visited the site over the last few months. Please spread the word amongst your golfing circle, and encourage others to log on.

If anyone has any news items out there, or information about Ayrshire Golf they would like to share, please e mail me on aj-malcolm@fsmail.net with details and I will try to include it. Pictures would also be welcomed. Local press have picked up a number of articles from the site and so it may provide an avenue for you to get your own golfing news circulated.

Keep logging on for all the latest amateur golf news in Ayrshire. 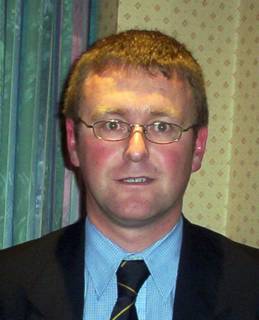 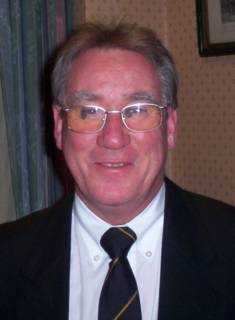 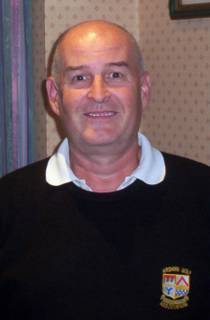 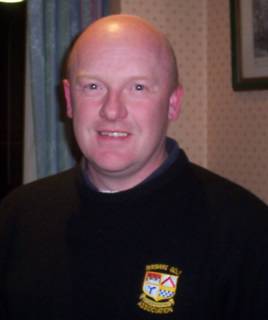 14 of the 19 member clubs were represented at the 37th Annual General Meeting of The Ayrshire Junior Golf League which was held at Prestwick St. Cuthbert Golf Club last week.

The Secretary reported a healthy financial position during the Treasurers report and consequently there was no proposal to raise the subscription, the club contributions remaining the same as in 2004.

There were no new applications for membership this year, and no resignations to date.

The Secretary also reported on a very succesful Annual Dinner which attracted 125 participants.
A number of letters of appreciation had been received, including those from Richard Cole-Hamilton, Captain of the R & A, S.G.U. President Hugh Hunter and David Reynolds of the National Playing Fields Association.

The outgoing Chairman, Gordon Cunningham (Largs) expressed his thanks to the Secretary, Assistant Secretary and club representatives for their contribution to what was a very enjoyable year for him as a league official.

The Chairman then Proposed that the Vice Chairman, Douglas Aitken (Caprington) be elected to the chair. On accepting the nomination on behalf of Caprington, Douglas Aitken advised that, due to his impending move abroad, he had arranged for the Ayrshire Golf Association Vice President, Ricky Magee, to take on the post after his departure. This arrangement was met with approval by the membership.

The meeting concluded with a coaching report and duscussions on a number of minor matters.

Tickets are now on sale for the 2005 Ayrshire Golf Association Annual Dinner & Presentation Of Trophies.

Speakers for the evening include the popular, well known and very entertaining local after dinner speaker, Jim "Buller" Reid, and Douglas Mill, the Secretary and Chief Executive of The Law Society Of Scotland who, appart from being an enthusiastic golfer is also a very amusing and sought after speaker on the after dinner circuit throughout the country and beyond.

During the evening the winners of county events throughout the 2004 season will be honoured, and presented with their awards. These include the Strokeplay and Matchplay Champions, The Champion Of Champions Trophy winner, the Fourball winners and the Doc Thom Salver winner.

Ayrshire were eventually confirmed as runners up in this seasons West Of Scotland Inter County Youth League when Lanarkshire's postponed fixture was played on 20th November at Hamilton, with a 6 - 4 win over Dumbartonshire giving Lanarkshire the title.

The final league placings were:
(County/P/W/D/L/F/A/Dif/Pts)

The Annual General Meeting of The Ayrshire Junior Golf League will be held at Prestwick St. Cuthbert Golf Club on Monday 6th December 2004 at 7.30 p.m.. Representatives of all member clubs have been notified and provided with the A.G.M. agenda.