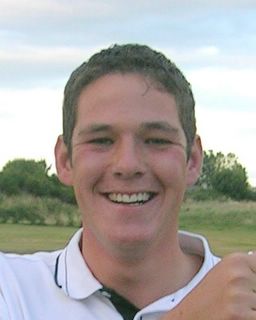 The Order of Merit title is decided on points awarded throughout the season for a variety of competitions including the Ayrshire Strokeplay and matchplay championships and 5 events held at clubs in the county.

The final ponts totals and placings this season were :-

Gary Holland, the former Scottish Boys Open Strokeplay Champion will take up a new post on February 1st when he becomes the head professional at DUFF HOUSE ROYAL, replacing Bob Strachan who has been the professional there for 31 years.

Gary is well known in Ayrshire Golf circles, having played his amateur golf at Ballochmyle before turning professional and serving as assistant to Gregor Howie at Kilmarnock Barassie, which he leaves to take up his new post.

As well as his most notable win, in the Scottish boys’ open amateur stroke-play championship at Burntisland in 1998, Gary secured a number of local titles including the 1995 Junior Champion Of Champions Trophy and the 1999 Ayrshire Strokeplay and Matchplay titles. Gary also represented Scotland at Boys level.

Congratulations go to Gary on his appointment with best wishes for a succesful future at Duff House Royal.
Posted by AJM at 11:26 pm No comments: