Stuart Easton (Irvine) finished in third place at the Scottish Open Strokeplay at Southerness on Sunday as England’s Callan Barrow stormed through the field to take the title by 3 shots with a 15 under par total of 261 for the four rounds.

Leading on nine under par at the half way stage, Stuart Easton finished with two successive rounds of 70, one over par, to post a final total of 269, seven under par for the championship.

Jack Broun (Turnberry) concluded with two level par rounds of 69 for a four under par total of 272 and a share of seventh place.

Ruben Lindsay (Ayr Belleisle) finished in 12th place overall with a one under par total of 275, following a third round of 70, one over par, and a concluding round of 67, 2 under par, which included four birdie twos during the 18 holes.

The other Ayrshire player to make the cut, Sandy Buchanan (Prestwick St Nicholas), faded over the closing two rounds, carding rounds of  75 and 77 for a 16 over par score of 292 for the tournament.

Stuart Easton (Irvine) holds the half way lead in the Scottish Open Strokeplay Championship at Southerness GC after the conclusion of play on day two saw four of the six Ayrshire players in the field successfully make the cut for the final two rounds on Sunday. 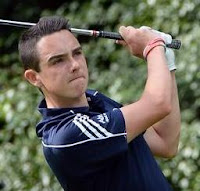 One shot off the pace after round one, Stuart Easton carded a second round of 66, three under par, to give him a single stroke lead after 36 holes on 129, nine under par.

Sandy Buchanan (Prestwick St Nicholas) lies in joint 34th place, a second successive round of 70 being sufficient to see him make the cut for the closing two rounds, right on the 2 over par mark of 140.

Alyx Murray (Prestwick St Nicholas) missed the cut, fading to a four over par 73 in the second round for a 36 hole total of 143, 5 over par, whilst Robbie Muir (Kilmarnock Barassie) also finished on 5 over par for two rounds, a second day round of level par 69 improving on his opening day, where the damage was done with a five over par total of 74.

The closing two rounds will be played on Sunday, 30th of May.

Stuart Easton (Irvine) leads the Ayrshire title challenge after day one of the Scottish Open Strokeplay at Southerness GC, lying just one stroke off the lead.

In a day when the conditions were unusually calm on the Solway coast, the scoring was excellent and at the conclusion of play it was Scotland's James Wilson who led with a seven under par total of 62.

Stuart Easton returned a 63 to lie in joint second place on 6 under par whilst Jack Broun (Turnberry) also returned a sub par round of 67 )-2) to finish 6th equal after the opening round.

Ruben Lindsay (Ayr Belleisle) had a level par 69 and lies in equal 22nd place along with the majority of the field, right on the projected 2 round cut total.

The three other Ayrshire players in the field have some work to do on day two if they are to make the cut for the final two rounds on Sunday, Prestwick St Nicholas' Sandy Buchanan and Alyx Murray sitting on one over par and two over par respectively and Robbie Muir (Kilmarnock Barassie) three shots further back on five over par.

Play continues on Saturday with the second round before the field is cut for the final two rounds on Sunday. 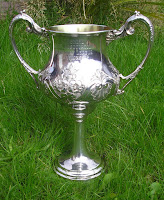 Matches in the qualifying sections of the 2021 Handicap League Championship are now under way, as clubs bid for a place in the final in September.

In Section B, Rowallan Castle opened with a 4 - 2 home win over Ardeer.

In Section F, Redburn had a storming start with a 6 - 0 home win over Troon Merchants in their opening fixture.

Meanwhile, Irvine Ravenspark have withdrawn from Section E, leaving just Prestwick St Nicholas, Troon Portland and Ayr Seafield fighting it out for a place in the latter stages. 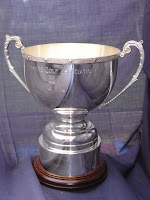 Fixtures in the 2021 Ayrshire Scratch leagues continue, as the competing clubs bid for the three league titles up for grabs this year.

In Division 1, Kilmarnock Barassie followed up their opening home win over Prestwick St Cuthbert with a 3 - 3 draw away to ballochmyle in their second fixture of the season.

The other matches played recently were both in Division 3a, with Ayr Belleisle having a narrow 3.5 - 2.5 home win over Redburn and Girvan beating their visitors from West Kilbride by 4 - 2.

PRESIDENT'S PUTTER - Moorpark first into round 2 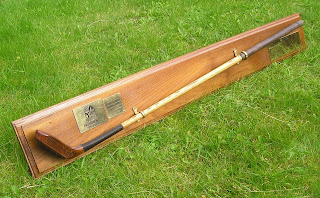 Moorpark are the first team to book their place in round 2 of the 2021 handicap club team knockout competition for the President's Putter.
At home to Skelmorlie in round 1, the Moorpark side recorded a 3 - 0 win to secure a visit to Routenburn or Caprington in round 2.
All the first round matches re due to be completed by the 13th of June.
Posted by AJM at 1:37 am No comments: 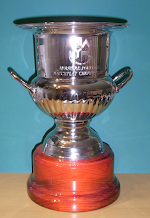 The remaining first round matches in the 2021 Ayrshire Fourball Championship are due to be completed by Sunday 30th of May.

A number of pairings have booked their second round places recently.

The updated draw with recent results added is:-

CHAMPION OF CHAMPIONS TROPHY - Four more through to round 2 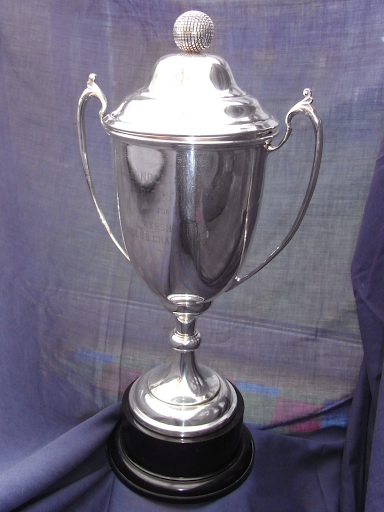 Four more players have booked their places in the second round of he 2021 Ayrshire Champion of Champions Trophy competition, whilst preliminary round matches are also completed.

Alan Watson (Ballochmyle) beat his host Alan Gray (Tam O Shanter) by 2 & 1 to book a visite to Redburn or Kilmarnock Barassie in round 2.

Also through to round 2 is John Shanks (Irvine) who beat David Pratt (Annanhill) by 6&4 over the Kilmarnock course to earn a visit to Glacier or Turnberry at the next stage.

Scott McIlwraith (Prestwick St Cuthbert) eased into the second round with a 7&5 home win over Steve Arrandale (The Chase) to set up a home tie against the Kilbirnie Place or Troon St Meddans representatives in round 2.

James Brown (New Cumnock) received a walkover from Scott Davidson (Largs) and will now visit Caprington or Routenburn in round 2.

The remaining First round matches are due to be completed by the 13th of June.

The updated draw is:-

Entries for the 2021 Belleisle Cup, which takes place on Sunday the 6th of June, close this Friday, 28th of May.

The 36 hole event, a counter for the Doc Thom Ayrshire Order of Merit, has a first prize of £300 and prizes down to eight place, in a total prize fund of over £1,000.

This year there are also £50 prizes for the best nett and scratch scores returned in each of the two rounds.

A link to the entry form is available on the left of this page, under the 'Entry Forms' heading.

Entries are now being taken for the Irvine Ravenspark Seniors Open which takes place over the Ravenspark course on Thursday the 16th of September.

The Stableford competition is open to players who are 50 years of age or older and have a handicap of 28 or less.

The entry fee is £12.00 and entries should be submitted to the Senors Open Convenor of the club, george Millard, at the club address.

The entry form for the competition can be downloaded via the appropriate link on the left of this page, under the 'Entry Forms' heading. 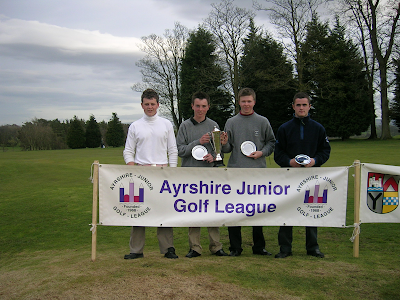 Clubs are reminded that the closing date for entries to the 2021 Ayrshire Junior Team Championship is Sunday 30th of May.

This years championship is scheduled to take place over the Troon Darley course on Sunday 13th of June.

Six Ayrshire players are bidding for the Scottish Open Strokeplay Championship title when the 2021 event takes place at Southerness GC from Friday 28th to Sunday 30th May.

Prestwick St Nicholas pair Sandy Buchanan and Alyx Murray are joined in the field by Scottish Internationalists Stuart Easton from Irvine and Ruben Lindsay from Ayr Belleisle, along with Robbie Muir of Kilmarnock Barassie and Turnberry's Jack Broun.

The last Ayrshire player to take the title was Alan Reid of Kilmarnock Barassie who won at St Andrews in 1993.