The 6 man Ayrshire team for the forthcoming Scottish Area Team Championships has been announced.


Despite Scotland internationalist Jack McDonald of Kilmarnock Barassie being unavailable due to university exams, Ayrshire have named a strong and experienced squad for the championship, which will take place over the Ranfurly Castle and Old Ranfurly courses in Renfrewshire from Friday 16th to Sunday 18th May.

Newly crowned Ayrshire Strokeplay Champion John Shanks (Irvine) is the only player remaining from the 2013 team to be selected this year.

Tommy McInally (Loudoun), a winner of all the major county titles over the years is also included and, along with John Shanks, previously enjoyed success in the competition as part of the last Ayrshire side to triumph in the competition in 2008.

The team is completed by Malcolm Pennycott (Whiting Bay) who will make his debut in the Area Team Championship this year, bringing with him a number of years experience representing Ayrshire at various levels.

The championship will be played under a slightly altered format this year, with strokeplay qualifying rounds being played on Friday 16th May, from which eight team will qualify to progress to the matchplay stages, instead of four as in previous championships.

Quarter final and semi final matches will take place on Saturday 17 May with the final being played over two rounds on Sunday 18th May.


Entries are now being accepted for the 2014 Belleisle Cup.

Entry forms and posters have been sent to local clubs and can also be downloaded via the appropriate link on the left of this page, under the 'Mens Info' heading


NOT LATER THAN FRIDAY 23rd MAY 2014.
Entries received without entry fees will not be accepted.
All players will be responsible for ensuring that their score cards are signed immediately on completion of their round and returned to the competition office.


Competitors shall have the courtesy of the Course on Friday 30th May 2014 on production of an official entry and subject to availability. Tee times must be booked 7 days in advance.
Competitors shall be notified by postcard of starting times and must report 15 minutes before tee-off time.  Failure to appear timeously may result in disqualification.
First tee-off:  .     In the event of ties, places decided on count-back.
Any dispute shall be referred to the Committee of Ayr Belleisle Golf Club whose decision shall be final.
Entries, entry fees, certification of handicap and enquiries to:

The 100th playing of the Scottish Ladies' Golf Championship will take place over the historic links of the Prestwick Golf Club for Tuesday 20th to Saturday 24th May 2014. 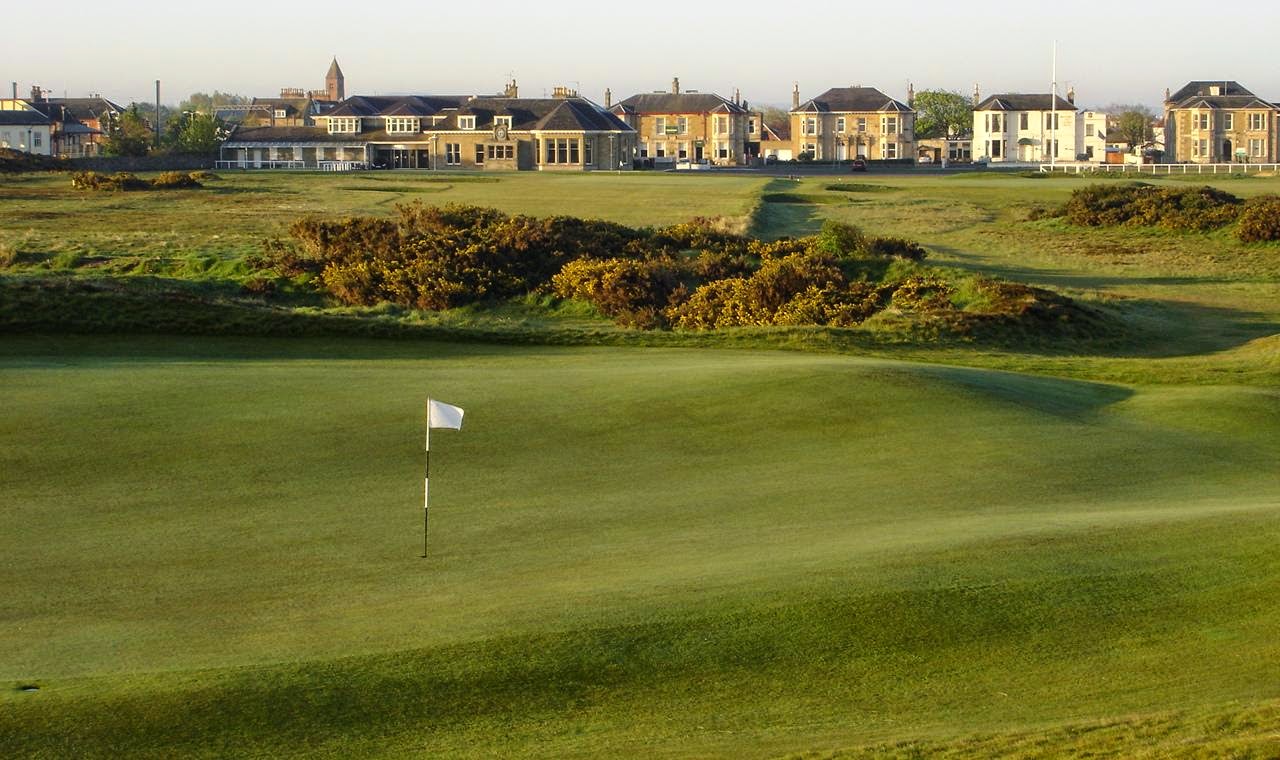 
The return to the Ayrshire venue will mark the third occasion in the history of the event that the premier title in the Scottish woman's amateur game has been held over the Prestwick Links, following the 1978 championship which was won by the legendary Belle Robertson and the 2004 event won by Anne Laing.
﻿


﻿﻿the 113 entrants will play two rounds of strokeplay qualifying on Tuesday 20th and Wednesday 21st May, with the top 32 progressing to contest the Scottish Ladies Amateur Championship and the next 16 best placed players going forward to contest the Clark Rosebowl. The final of the championship will take place on Saturday 24 May.

The draw for the first round of strokeplay qualifying on Tuesday 20 May is :- 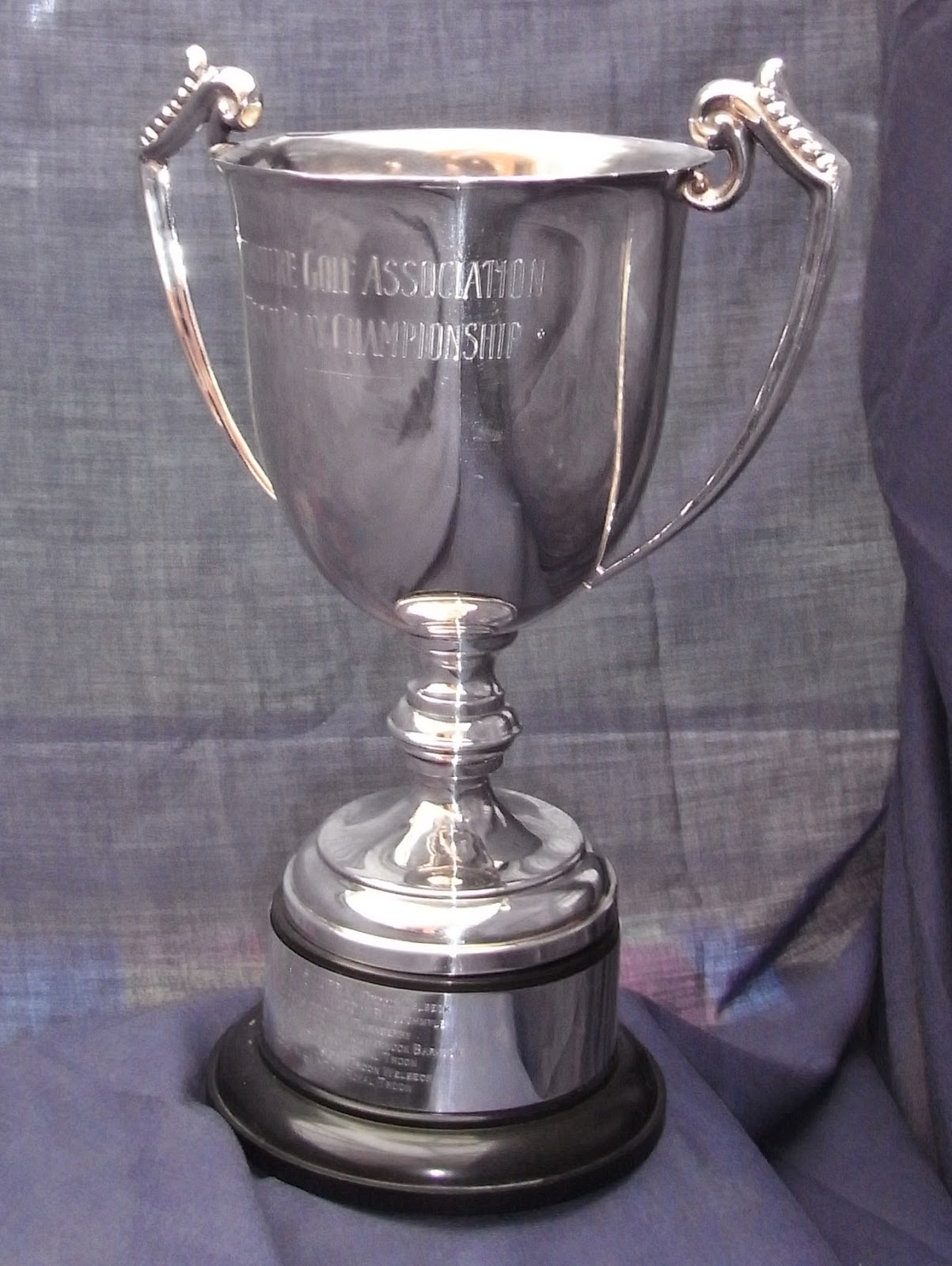 The 2014 Ayrshire Matchplay Championship will be held at Kilmarnock (Barassie) Golf CLub from Monday 5th to Thursday 8th May.

New Ayrshire Strokeplay Champion John Shanks (Irvine) leads the qualifiers and is bidding for the Matchplay crown for the first time.

Defending champion Michael Smyth (Royal Troon) failed in his bid to qualify for this years competition, falling three shots short of the qualifying mark of 155 at the Ayrshire Strokeplay Championship at Irvine GC on Sunday 27 April.

Any players in the draw that find they are subsequently not available are requested to contact the Area Secretary or Championship administrator James McMurdo, as soon as possible, to allow for a reserve to be substituted in the draw.

The first round draw for the 2014 Ayrshire Matchplay Championship, on Monday 5th May, is :-