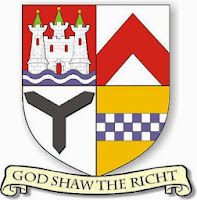 'TIS THE SEASON TO BE JOLLY

As the festive season fast approached, you can click on the link below to see the President and some of the county officials getting into the spirit of things and showing off their style with the 'Macareindeer' 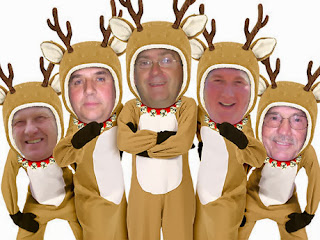 http://www.jibjab.com/view/QWXxbMaURX2FkTrJt0y9LA
Best wishes to members of all the Ayrshire clubs for the festive season.

At the 46th Annual General Meeting of the Ayrshire Junior Golf League, held on Tuesday 3rd December 2013, the retiring Secretary, John Nordbo, was elected an Honorary Member in recognition of his service in recent years as Secretary and his association with The League as junior convenor of his home club at Largs.

The election was proposed by outgoing Chairman Bob Cameron (Ayr Belleisle), who passed over the Chairmanship for 2014 to John Stobie (Prestwick St Nicholas) during the meeting.

Robin Baker (Royal Troon) was re-elected as Treasurer whilst Scott Gilchrist (Loudoun) will remain as the AJGL representative on the Ayrshire Golf Association Executive.

It was agreed at the meeting that the annual subscription for membership of The League would remain unaltered for 2014.
Posted by AJM at 10:21 pm No comments: