The latest COVID-19 restrictions, announced on Thursday 8th October, will mean that clubhouse catering facilities in Ayrshire will require to close down, with the exception of carry out food services, between 9th and 25th October.

Though the stricter constraints on a national level allow for some continuation of service in some areas, health board areas in the central belt, including Ayrshire & Arran are subject to stricter regulations which means all in house clubhouse refreshment and food provision will be suspended for that period.

The latest guidance note from Scottish Golf was published on Thursday 8th October, following the announcement of tighter restrictions, and is reproduced below.

Following the First Minister’s latest update in Parliament on Wednesday 7 October, Scottish Golf has been in dialogue with our partners at sportscotland and the Scottish Government to obtain further clarity about the new national restrictions being implemented across Scotland and how these might impact private member clubs.

On-course golf activities can continue under our current Phase 3 Guidance, with up to four players from four different households allowed to participate together. There are no changes to access to toilet facilities, locker rooms or professional shops which can continue to be utilised provided all appropriate measures, such as use of face masks, increased sanitation are adhered to.

The key changes that apply to all golf club, are the hospitality restrictions which apply to private members clubs across the country. These are summarised below and are effective from 6pm on Friday 9th October 2020:

Pubs and licensed cafes in five Scottish health board areas - Greater Glasgow & Clyde, Lanarkshire, Ayrshire & Arran, Lothian and Forth Valley - must shut to all but takeaway customers

In other parts of Scotland not mentioned above, pubs, bars, restaurants and cafes can operate 6am to 6pm but cannot serve alcohol indoors during that time. These premises can sell alcohol outdoors until 10pm.

Rules on gatherings remain the same with a maximum of six people from two households permitted.

The changes announced vary across different regions of the country and we would encourage all clubs to familiarise themselves with the latest guidance and how it may impact their operations. These measures are in place for an initial 16-day period and will be reviewed thereafter by the Scottish Government.

Scottish Golf remains in dialogue with sportscotland and the Scottish Government to seek further clarification on the potential impact of restrictions on indoor activity for driving ranges and swing rooms. Further information will be provided as and when it is received from government.

We would like to thank all clubs and golfers across Scotland for your ongoing adherence to the latest guidance during these trying times. Scottish Golf will continue to keep all involved in the game updated via our dedicated COVID-19 webpage which can be accessed here. 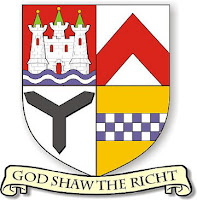