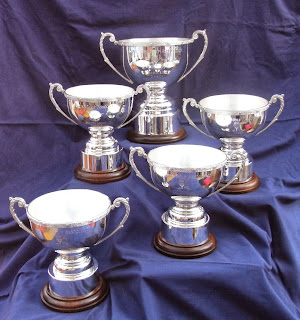 Girvan have won their third successive divisional title in the Ayrshire Scratch Leagues following a 5.5 - 0.5 win over Troon St Meddans in their final match of the campaign recently.

All matches in the five leagues have now been completed for 2013.

In DIVISION 2, Largs closed with a 3 - 3 draw at home to Caprington whilst in DIVISION 3, Kilbirnie beat new Cumnock 4 - 2 at home and earned a 3 - 3 draw in the corresponding away match, which combined with a 3.5 - 2.5 home win over Prestwick St Nicholas left Kilbirnie as runners up to Girvan in Division 3.

The final positions in all five Ayrshire Scratch leagues for 2013 were :-