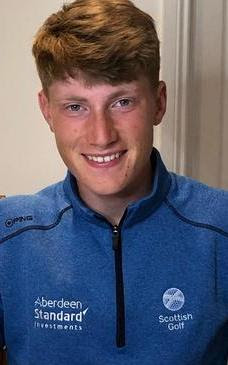 Ruben Lindsay (Turnberry) and one other Scot have gained exemption into the 2021 U.S, Junior Amateur Championship, to be played from the 19th to the 24th of July at the Country Club of North Carolina (Dogwood and Cardinal courses), Pinehurst, North Carolina.


Along with Cameron Adam from the Royal Burgess club in Edinburgh, Ruben will take his place in the field of 264 players from a total entry of 3,346 received, for the two strokeplay qualifying rounds on the opening two days of the event, with the top 64 players going forward to the matchplay stages during the remainder of the week.

Ruben gained his place in the championship, first played in 1948, due to his World Amateur Golf ranking position, where he is ranked the number one under 18 golfer in Europe at present and leads the Scottish Golf Men’s Order of Merit.

Confirmation of his participation in the U.S. Junior championship unfortunately means that Ruben has now confirmed his withdrawal from the forthcoming Scottish Boys Championship, to be played this week at Bruntsfield Links, where he would have been bidding to defend the title he won in 2019. There is no doubt, however, that the rare opportunity to participate in the U.S. event was one that could not be turned down easily, and it is hoped that Ruben will continue his fine recent form in the forthcoming U.S. Championship, and have a successful trip to the United States of America.