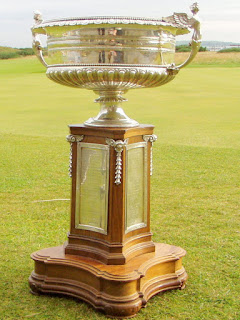 The Ayrshire challenge for the 2021 Scottish Men's Amateur Championship title ended at the last 32 stage on Thursday 29th July at Murcar Links, when the two players who won through the first round of the matchplay stages in the morning both lost in round 2 in the afternoon.

In round one, Robbie Muir (Kilmarnock Barassie) lost out by a single hole to William Squires (Kirkcudbright) whilst Alyx Murray (Prestwick St Nicholas) went down by 2&1 to Andrew R Ni (Murrayfield).

In the second round of matchplay on Thursday afternoon, Stuart Easton faced Lewis Irvine (Kirkhill) but lost out by 5&4, whilst Shaun Hedger was defeated 7&6 by Rory Franssen (Auchterarder)