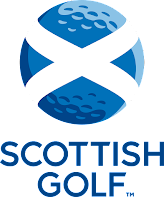 In the Scottish Boys Championship, Cameron Johnstone (Kilmarnock Barassie) just failed in his bid for a quarter final place on Friday morning when he lost out at the first extra hole of his third round tie against Mark Shirvell (Brocket Hall)

In the Scottish Girls' Championship at Strathaven, two of the Ayrshire players in the field qualified for the matchplay stages after the completion of the two strokeplay qualifying rounds earlier in the week.

Rachel Foster (Prestwick St Nicholas) and Freya Russell (Royal Troon) both qualified on 151 (+7), making the cut by 10 shots and securing 7th and 8th places respectively for the matchplay rounds.

Other Ayrshire totals were:-

In the first round of the matchplay on Friday morning, Rachel Foster beat Freya Constable (Prestonfield) by 2 & 1 whilst Freya Russell bowed out following a 4 & 3 defeat by Katie Graham (Hamilton)

In Friday afternoon's quarter final ties Rachel Foster was up against Carmen Griffiths (Aboyne) and was narrowly beaten by a single hole in her bid for a place in the semi finals.