The junior team from Irvine Golf Club that won the Andrew D Nimmo Trophy at the 2021 Ayrshire Junior team Championship, played at Troon Darley in June, were presented with their trophy at the weekend. 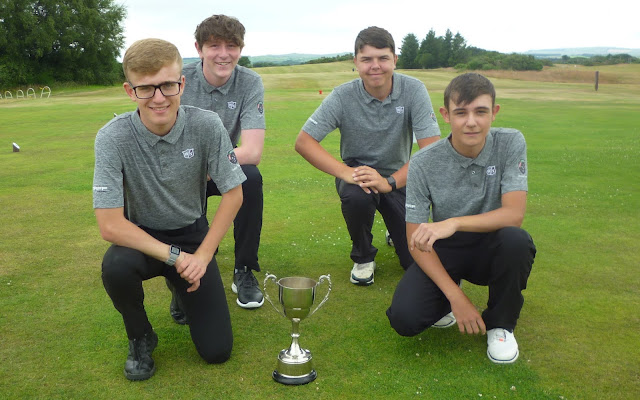 Due to COVID restrictions there was no presentation of prizes immediately after the event concluded in June, but at their home club on Sunday the 11th of July, Kyle Reid, Elliot O'Brien, Lewis Trundle and Daryn Surgenor gathered in their new team uniform to be presented with the nett team trophy, as only the second team from the club to win he trophy in the thirty year existence of the award, following the club's previous success in 2015.