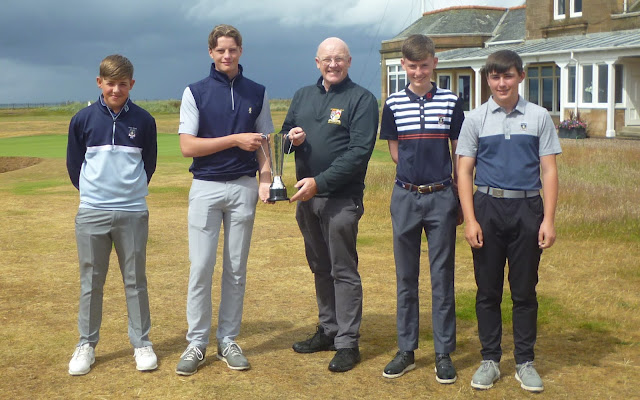 The Royal Troon team who won the recent Ayrshire Junior Team Championship, played over the Troon Darley course, were presented with their awards at their home club on Sunday the 4th of July. 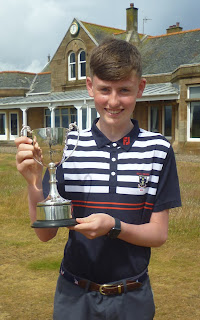 The team of Fraser Russell, Oliver Long, Euan Stirling and Noah O'Brien took the Matt Lygate Trophy, and Ayrshire Junior Team Champions title to their home club for the first time in the 34 year history of the competition.

Euan Stirling also took possession of the Carrick Trophy, after he returned the best nett score of the day with a 5 under par nett score of 66, off his 11 handicap.

The trophies were handed over at Royal Troon by Ayrshire Golf Association Secretary Alasdair J. Malcolm