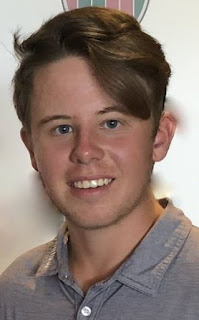 Cameron Johnstone (Kilmarnock Barassie) is the sole Ayrshire survivor in the 2021 Scottish Boys Championship at Bruntsfield Links, following completion of the first and second matchplay rounds on Friday the 16th of July.

In the first round on Friday morning Cameron beat Logan Glatley (Sandyhills) at the first extra hole of their tie.

Other first round winners from Ayrshire were John McCracken (Kilmanrock Barassie), a 3 & 1 winner against Ewan Cuthbert (Nairn), and Harvey Broadfoot (Troon Welbeck), who beat Fraser Laird (Kemnay) by 3 & 1.

The three Ayrshire players who exited the championship in round one of the matchplay were Dylan Cairns (Royal Troon), who lost by 4 & 3 to Alex McGillivray (Nairn), Connor Wills (Royal Troon), who was beaten 8 & 7 by Harry Bent (Gullane), and Max Barclay (Ayr Belleisle), who was defeated 3 & 2 by Daniel Bullen (Auchterarder).

In the second round of the matchplay on Friday afternoon, Cameron Johnstone had an easier passage than in his first round match, when he defeated Dylan Cairns' conqueror Alex McGillivray by 6 & 5.

John McCracken bowed out in round two, on the wrong end of a 7 & 6 defeat by Max Shirvell (Brocket hall), whilst Harvey Broadfoot was beaten 5 & 4 by Charlie Roper (The Berkshire).

In the third round of the matchplay on Saturday morning, Cameron Johnstone will play Max Shirvell, who defeated John McCracken in round two, for a place in Saturday afternoon's quarter finals.