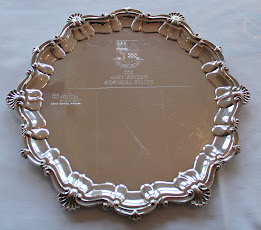 The quarter final matches in the 2021 scratch club team knockout competition for The Gary Bryden Memorial Salver have now been confirmed after completion of the remaining four second round matches recently.

Irvine had a 2 - 1 win over Ayr Dalmilling at Bogside and will host the holders Royal Troon in the last eight.

After a 2.5 - 0.5 home win over Caprington in round two, Ardeer will play host to Ballochmyle in the quarter finals.

The third quarter final features Irvine Ravenspark and Kilmarnock Barassie whilst a walkover awarded by Largs to Prestwick St Cuthbert means that the St Cuthbert team will visit Troon Portland in their bid for a semi final spot, after the latter beat Rowallan Castle 3 - 0 in their second round clash..

The four quarter final matches are due to be completed by the 1st of August.

The full quarter final line up is:-