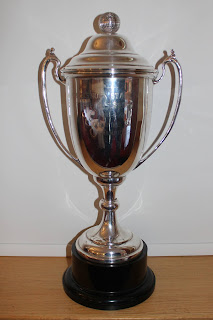 The line up for the quarter finals of the 2021 Ayrshire Champion of Champions Trophy competition has been confirmed, with the remaining third round ties being completed over the weekend.

at the top of the draw, former Scotland internationalist Steven McEwan (Caprington) had a crushing 7&6 at home to Scott Ainsworth (Ardeer) and will now entertain Andrew Carroll (Drongan) in the quarter finals, following his win at home by 3&1 over David A MacDonald (Largs) in the last round.

A single hole win in round three, at home to Steven Stamper (Turnberry) has given Sam Findlater (Braehead) a home tie against 2018 winner Paul Denim (Loudoun) in the last eight.

Scott McIlwraith (Prestwick St Cuthbert) had a single hole win over clubmate Mark Watt in their third round clash, and will be at home in the quarter finals to Gordon Munro (Caprington), who won through to the last eight courtesy of a home win over Jamie Murchie (Beith) at the second extra hole of their third round tie.

All four quarter finals are due to be completed by the 1st of August with the semi finals scheduled to take place at Royal Troon on Friday the 6th of August.