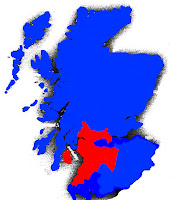 A field of 66 players will contest the new 36 hole West Of Scotland Strokeplay Championship, sponsored by The Legal Partnership, which will be played at Loudoun Gowf Club on Sunday 22nd May 2016.

Players from clubs throughout the six West Of Scotland Area Associations of Ayrshire, Dumbartonshire, Glasgow, Lanarkshire, Renfrewshire and Stirlingshire will bid to become the inaugural winners of the championship, which will be hosted annually on a rotational basis by the six Area Associations involved.

The draw for order of play on Sunday 22nd May is :-