The Ayrshire team who will contest the 2016 Scottish Boys Area Team Championship at Grangemouth on Sunday 5th June has been announced. 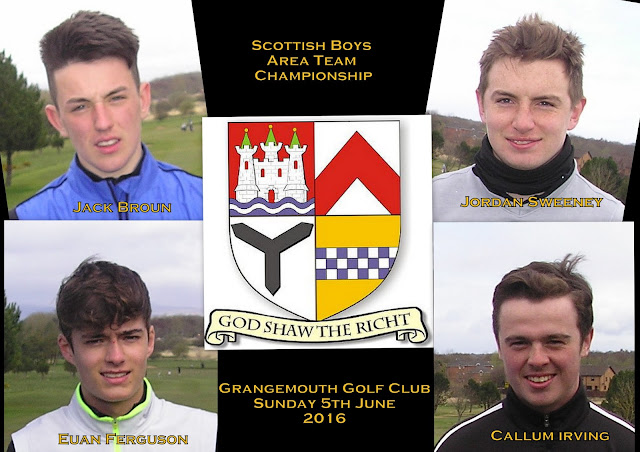 The four man team includes three players from the Ayr Belleisle club, Jordan Sweeney, Callum Irving and Jack Broun, who will be joined by Euan Ferguson of Turnberry in the bid to win the Scottish Boys Area team title for Ayrshire for only the third time in the events history.

Ayrshire's two previous successes were in 1998 at Cowglen and 2007 at Forres.

The team will play 36 holes on the day of the event, with both foursomes scores in the morning and three of the four singles scores in the afternoon counting towards the team total.