Former Prestwick Golf Club Chairman Keith Macintosh has been nominated as Captain of The Royal & Ancient Golf Club Of St. Andrews for 2016 - 2017 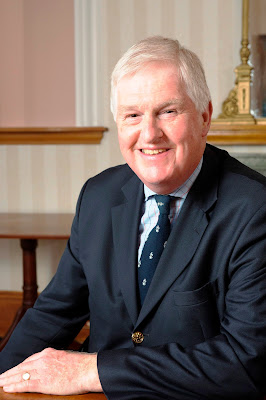 The Royal and Ancient Golf Club of St Andrews has announced that Keith Macintosh will serve as Captain in 2016/17.

Mr Macintosh, pictured, has been nominated as Captain by the past Captains of the Club and will begin his year in office with the traditional driving-in ceremony on the first tee of the Old Course on Friday, September 23, 2016.

The former Scotland international was also a member of the Great Britain and Ireland St Andrews Trophy team that defeated the Continent of Europe 19 ½ - 10 ½ at Royal St George’s in 1980.

Mr Macintosh has served on the Amateur Status and Finance Committees of The R and A. He has been a Member of The Royal and Ancient Golf Club since 1994 and, in 1999, won the Royal Medal, the Club’s principal scratch medal prize at its Autumn Meeting.

He is an Honorary Member of Cardross Golf Club and was Chairman of Prestwick Golf Club in 2014/15. He plays to a handicap of 3.

Born in Cardross, in Argyll, in 1949, Mr Macintosh studied law at Glasgow University before serving his legal apprenticeship in Glasgow and becoming a solicitor at a practice in Dumbarton.

In 1987, he was appointed Company Secretary of Clydesdale Bank PLC. After nine years in the role he returned to practising law as a Partner in practices in Glasgow and then Dumbarton and Helensburgh. He retired in 2009.


Residing in Helensburgh, Mr Macintosh lives with his wife Diana and has two sons, Stewart and Scott.
Posted by AJM at 2:03 am