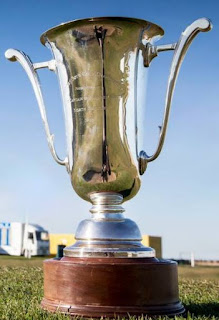 The remaining first round matches in the 2016 Scottish Boys Championship at Murcar Links were completed on Tuesday morning, 5th April, with two of the three Ayrshire players in action successfully reaching round two of the competition.

Jack Broun (Ayr Belleisle) was first in action against Marcus Rickard (Cupar), and eased through with a 3 & 2 victory. Broun now plays Christopher Finnie (Lockerbie) in the second round.

Also through to round two is Alyx Murray (Troon Welbeck), after a 2 & 1 win against Dominic Bradburn (Aboyne). Murray now plays John Cowan (Pitlochrie) in the second round.

The last Ayrshire player in first round action was Ewan Milligan (Kilmarnock Barassie) who went out at stage one, losing to Rory Franssen (Inverness) by 4 & 2.