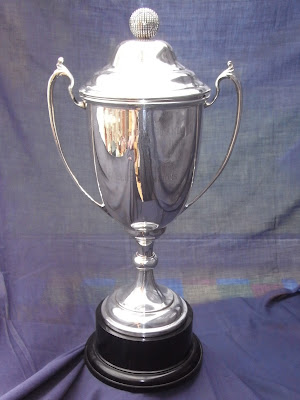 Three more players have secured their places in round two of the 2016 Ayrshire Champion Of Champions Trophy competition, whilst Mark Gallacher (Rowallan Castle) has confirmed his place in the last sixteen.

In the three second round matches reported recently, Alan Oliver (Caprington) had a home win by 3 & 2 over Iain McKenzie (Saxone), Gordon Boyle (Turnberry) won by 2 & 1 in his away tie against Denis Taggart (Malletsheugh) whilst Jack Purdie (Largs Routneburn) beat Craig Anderson (Ayr Carrick) at the Largs course.

Oliver and Boyle have home ties in the second round, Oliver matched against David Power (Troon St Meddans) or Johnny O'Neill (NB Parkstone) and Boyle up against either Thomas Smith (Wallacetown) or Jamie McPherson (Whiting Bay), whilst Purdie will be away from home against either Derek Bryson (New Cumnock) or Derek Ballantyne (Ardeer).

All remaining first round ties are due to be completed by this Sunday, 17th April.