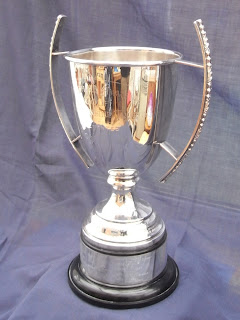 The 2016 Ayrshire Strokeplay Championship was slightly over subscribed at the closing date this year, with another two times being added by the organisers to accommodate all entrants.

The defending champion Tommy McInally (Loudoun) coincidentally won the Strokeplay Championship the last time it was played over the St Cuthbert course in 2010.

Keith Hamilton (Ayr Belleisle) is the lowest handicapped player in the field on +3.

As a result of the two added times, spaces are available for two other players to take part in the championship. These spaces will be filled on a first come first served basis, and will only be allocated once an entry form and payment is received by the Area Secretary.

Any player wishing to secure one of the two places is urged to apply as soon as possible.

Once the two remaining places are filled there will be no additional entries accepted, though any subsequent withdrawals from the field will be replaced with reserves if available, as will non appearances on the day.

The draw for the 2016 Ayrshire Strokeplay Championship is :-