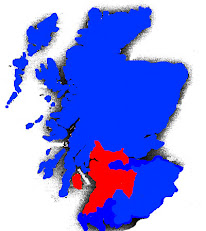 Ayrshire opened their defence of the West of Scotland inter county Under 18 league on Sunday the 27th of June with a hard fought 4 - 4 draw away to Renfrewshire at Fereneze GC.

With their first match of the season, at home to Glasgow, postponed last month due to COVID travel restrictions, the Ayrshire side had a difficult opening fixture in their bid to take the boys title for the third consecutive time.

In the four Under 16 ties, Ayrshire lost out by 3 - 1 though two of the ties were only lost on the final green and the other at the seventeenth.

With a robust effort needed from the four senior under 18 players, Fraser Russell was edged out on the penultimate green before both Jack Allan and John McCracken had comfortable 4 & 3 victories to bring the score back to 4 - 3 for Renfrewshire with one tie remaining on course.

In the anchor tie, Kerr Brooks (Loudoun) was all square playing the seventeenth and agonisingly saw his 4 foot, right to left, putt to win the hole lip out before holing from 30 feet on the final green for a winning birdie three, a single hole win in his tie and the crucial fourth point on the board for Ayrshire to secure a drawn match overall.

Next month, Ayrshire travel to Grangemouth on Sunday the 25th, too play Stirlingshire in their next fixture.