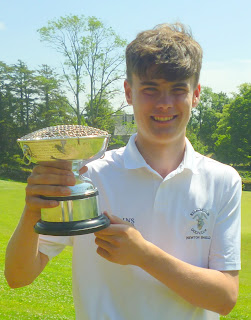 Alexander Farmer from Kilmacolm Golf Club is The 2021 West of Scotland Boys Strokeplay Champion after a superb round of golf at Rowallan Castle on Monday the 28th of June left the strong field trailing by a full seven shots behind him.

With the course in fine condition and the players enjoying excellent, sunny, and calm weather conditions, the early pace was set by Rudy Brown (East Kilbride) and Jack Ramsay (Kilmarnock Barassie) with a pair of 76's, four over par. Almost half the field had finished their round before that total was bettered, Fraser Hamilton (Hamilton) and Max Barclay (Ayr Belleisle), playing in the same group ending with honours even with two over par scores of 74.

Seven other sub 80 scores were posted before 16 year old Farmer, playing off a handicap of 4, returned a stunning five under par round to storm into the lead and ultimate victory.

Farmer's round started quietly with an opening bogey five, but three birdies in the outward half saw him to the turn in 33, two under par, before an immaculate inward nine consisting of six pars and three birdies was finished off with a birdie four on the final hole, which ultimately saw him home in 67 shots.

In winning the 2021 West of Scotland Boys Strokeplay Championship, Alexander Farmer followed in the footsteps of his father Andrew, a former Scottish internationalist, who won the trophy on two successive occasions in 1990 and 1991, whilst a member of Ranfurly Castle GC.

The full list of scores returned at the 2021 West of Scotland Boys Strokeplay Championship is :- 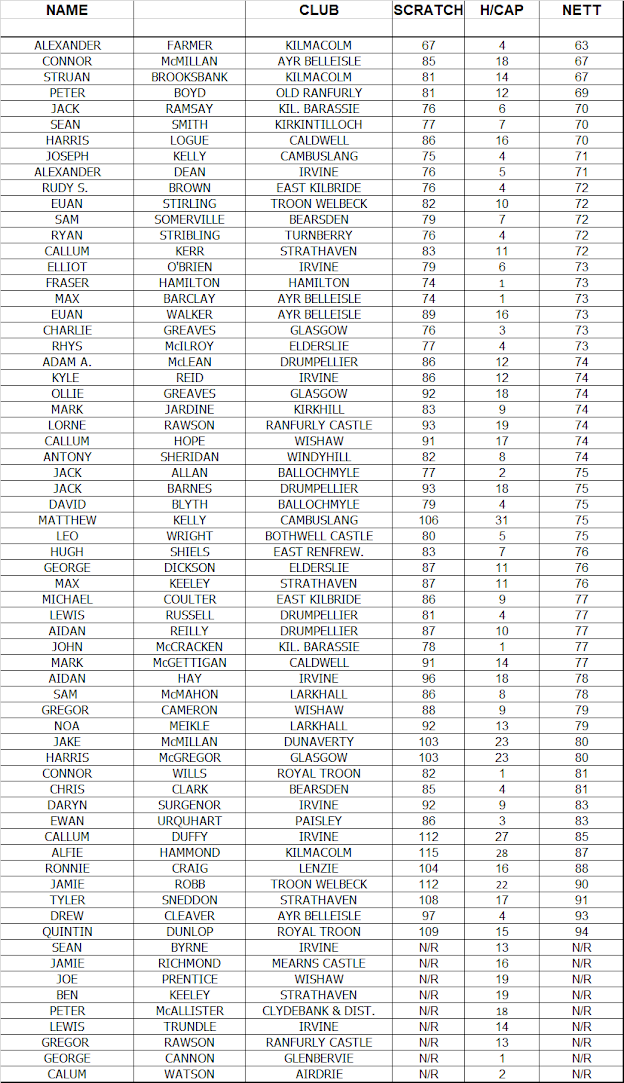 The players returning the best eight scratch scores in the strokeplay event will go forward to contest the West of Scotland Matchplay Championship at Rowallan Castle GC on Tuesday the 29th and Wednesday the 30th of June.

The draw for the West of Scotland Boys Matchplay Championship is:- 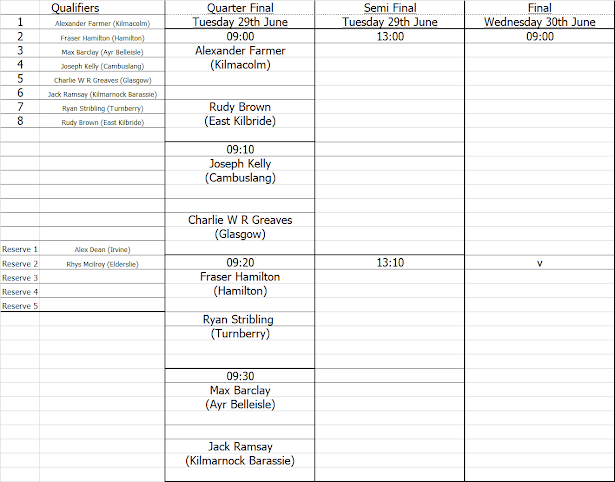