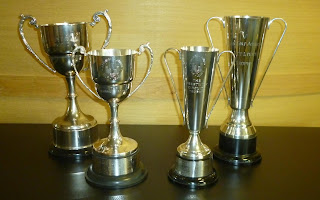 Royal Troon are the Ayrshire Junior team Champions for the first time as they won the Matt Lygate Trophy at Troon Darley on Sunday the 13th of June, edging out Kilmarnock Barassie for the title by virtue of the better fourth score, after the teams ties on 234.

The first Ayrshire strokeplay event to be held for almost 22 months, the championship attracted entries from eight member clubs and was played in very warm but testing conditions over the tough Darley course in Troon.

Kilmarnock Barassie posted the leading score of 234, John McCracken (77), Leo Wright (77) and Cameron Shanks (80) providing the three countinfg scores, with Jack Ramsay's 92 being discarded, but the Royal Troon team matched the total with Euan Stirling (77), Noah O'Brien (78)  and a pair of 79's from Oliver Long and Fraser Russell, which also gave them the crucial better fourth score, and the title for 2021.

The Prestwick Circuits Trophy for best individual scratch score was won by Connor Wills of Prestwick St Nicholas with a four over par total of 75, two shots better than his closes challenger, whilst the Carrick Trophy for the best nett score of the day was won by Euan Stirling of Royal Troon with a nett score of 66, who edged out his clubmate Noah O'Brien by a single shot.

Due to the current COVID-19 restrictions, no presentation of prizes took place at the conclusion of the competiton but arrangements will be made to have the trophies and prize vouchers delivered to the recipients in due course.

The final placings and team and individual scores were :- 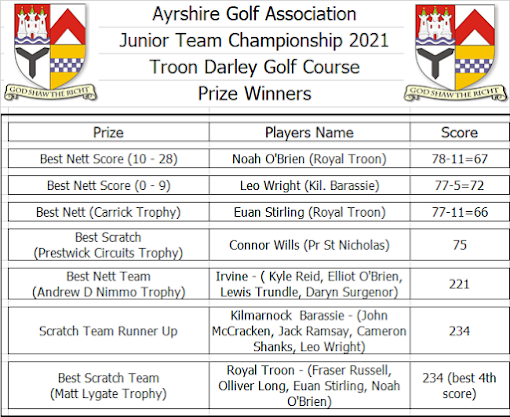 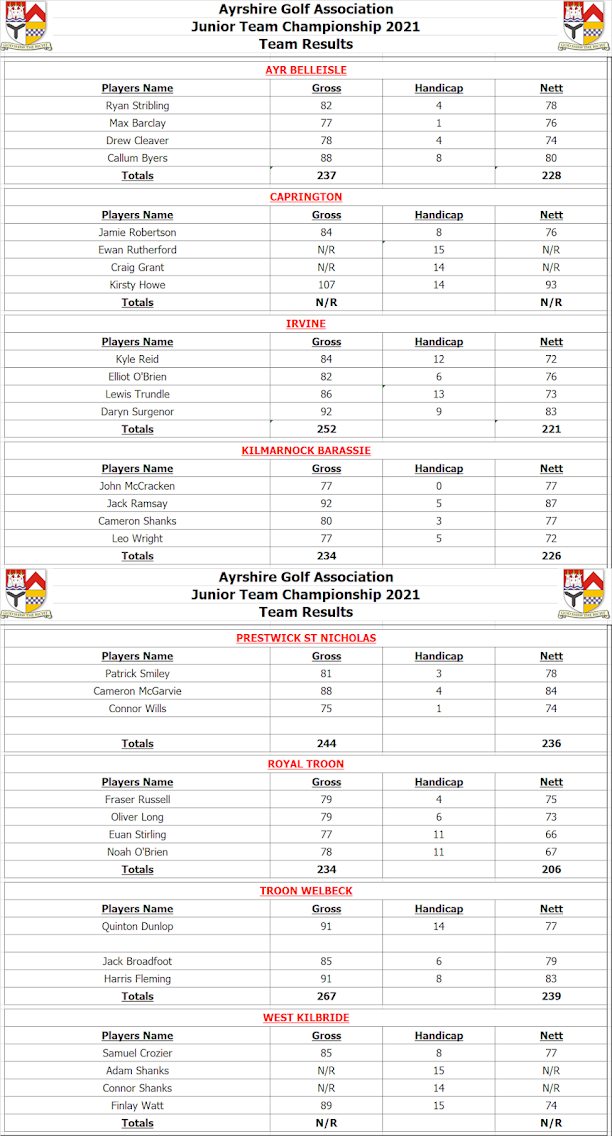 Thanks are extended to Golf South Ayrshire for allowing courtesy of the Troon Darley course and facilities for hosting the event.
Posted by AJM at 11:59 pm