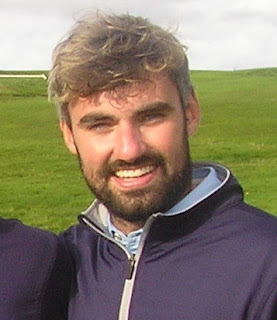 In May he landed the Hillhouse Cup, a prestigious scratch competition hosted by Royal Troon annually, and last week followed this up with his second win in the Troon Links Championship on Saturday the 19th of June, beating Robbie Stewart (Troon Portland) on the final green with a single hole victory.