The Scotland teams announced this week to contest both the Woman's and Men's World Team championships this year both include representatives from Ayrshire. 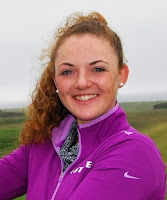 Connie Jaffrey (Troon Ladies), the highest ranked Scottish player in the current woman’s world rankings, has been named alongside Hannah McCook (Granton On Spey) and Shannon McWilliam (Aboyne) to contest the Espirito Santo Trophy at carton House in Ireland from 29th August to 1st September 2018.

In the men’s event for The Eisenhower Trophy, which takes place at the same venue from 5th to 8th of September, the Scotland team includes Euan Walker (Kilmarnock Barassie) alongside Ryan Lumsden (Royal Wimbledon) and Sandy Scott (Nairn).