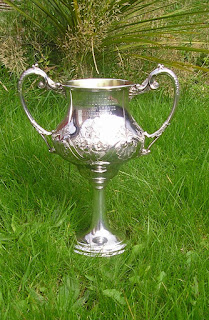 The final of the 2018 Ayrshire handicap League Championship will be contested on Sunday 2nd September at Brunston Castle GC between Ballochmyle and Moorpark, after the remaining semi final matches were completed this week.

In an extremely close semi final, Ballochmyle took a slender 3.5 - 2.5 lead with them to contest the second leg agasinst Rowallan Castle and it was the ballochmyle team who edged into the final after gaining a 3 - 3 draw in the away leg to go through on a 6.5 - 5.5 aggregate score.

In the other semi final, Moorpark returned from the first leg at Beith with a 4 - 2 advantage, and repeated the score in the home leg to run out winners by 8 - 4.
Posted by AJM at 12:11 am