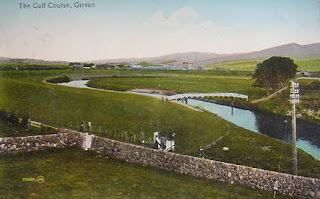 Entries are now being taken for the 2015 Stevenson Trophy Open Competition at Girvan Golf Club, a counting event in the Doc Thom Ayrshire Order Of Merit, which is scheduled to take place on Sunday 9th August.

Following the untimely death of popular Ayrshire golfer Gary Bryden earlier this year, a new trophy has been introduced to the event, The Gary Bryden Jug, which will be presented to the player returning the best nett score during the competition.

There will also be nearest the pin and longest drive prizes.

Tee times are available from 07.30 am to 4.00 pm and will be allocated as entries are received.

The handicap limit for the event is 18

Entry fee is £9 and entries close on 2nd August.

The entry form and poster can be downloaded from this page, via the appropriate link on the left of the page under the 'Mens Info' heading.

All entries should be returned direct to