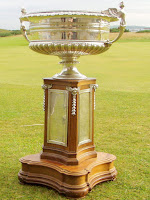 The Ayrshire challenge in the 2015 Scottish Amateur Championship, which began at Muirfield on Monday 27th July, got off to a flying start with nine of the twelve local players in first round action action on Monday winning through to the second round. 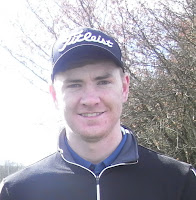 Euan Walker (Kilmarnock Barassie) eased into the second round with a 5 & 4 victory over Alistair Scott (Lanark) in their first round encounter, and now plays Oliver Roberts (Hong Kong) in the second round. 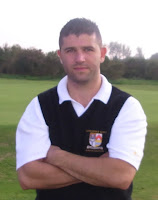 Ayrshire matchplay Champion Michael Smyth (Royal Troon) teed up on Monday morning for his first competitive outing for a number of weeks, as a result of a rib injury, but his lack of match practice was not evident as he ran out a winner by 5 & 3 against Sean Marc (Broomieknowe). In the second round Smyth will face Adam Dunton (McDonald). 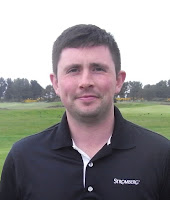 2014 Ayrshire Strokeplay Champion John Shanks (Irvine) had the destinction of recording the larges winning margin in all of Monday's first round matches, crushing Ross Brydon (Bruntsfield Links) by 8 & 7 to set up a second round clash with John Forbes (Muir Of Ord)

Craig Telfer (Prestwick St Cuthbert) became Ayrshire's first casualty of the tournament, going dow by 4 & 3 to David T Miller (Duddingston), and he was soon followed out of the tournament by M Dargie (Royal Troon) who was defeated 2 & 1 by Ed Wood (Crow Wood) 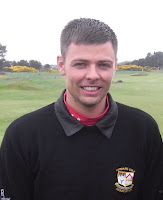 Scott Brown (Turnberry) got the Ayrshire bid back on track with a 3 & 2 win over Fraser Johnston (Longniddry) and now plays Scott McClory (Bathgate) in round two. 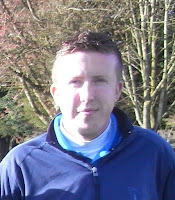 Scott Brown was followed into the second round soon afterwards by his club mate Steven Stamper (Turnberry), whose 4 & 3 win over Colin Fraser (Peebles) set up a second round clash with Angus carrick (Douglas Park).

Stephen Spence (Royal Troon) edged through on the final green, by one hole, against Stuart McKendrick (Dunkeld & Birnam) and now plays Kyle Goodman (Moray) in the next round.

Ayrshire Matchplay runner up Stuart Miller (Kilmarnock Barassie) went to extra holes against darren Howie (Peebles) before taking the tie at the 20th, and now faces Calum Burgess (Musselburgh) in round two.

In two very close ties, there were mixed fortunes for the final two Ayrshire players in action on Monday.

Stuart Easton (Irvine) went to the first extra hole before overcoming the challenge of Munro Ferries (Tain), and now plays Scotland internationalist Graeme Robertson (Glenbervie) in the second round, whilst former Scottish Boys Champion David Wilson (Troon Welbeck) fought back from three down at one stage but lost on the final green, by two holes, against Fraser Fotheringham (Nairn).


The remaining twelve Ayrshire players in the championship are due to play their first round matches on Tuesday morning, with some second round ties scheduled to commence in the afternoon.
Posted by AJM at 9:30 pm