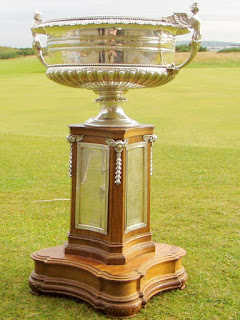 Robin, in the quarter finals of the national championship for the first time, faced Daniel Young (Craigie Hill) in the last eight, but after losing the first hole to a par was never ahead in his match as Young eventually ran out the winner of the tie by 3 & 2.

Two bogeys in the first three holes to go two down saw Robin up against it early on and despit reducing the deficit to one with a par three at the fourth hole, a further bogey five at the eighth saw Robin go two behind once again. Young conceded the par five ninth to Robin which saw the match turn for home with the Ayrshire player one down, but further bogeys at the tenth an fourteenth from Robin saw Young forge a three hole lead with four to play, with the Craigie Hill player closing out the match by halving both the fifteenth and sixteenth for his 3 & 2 victory.