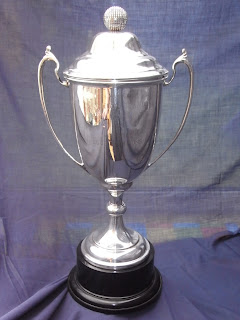 Craig Hamilton (Ballochmyle) has secured the third of the four semi final places in the 2015 Ayrshire Champion Of Champions Trophy competition.

Hamilton, a finalist in the event in 2013, beat Kenny Milliken (Troon St Meddans) by 6 & 4 in their quarter final clash at Ballochmyle.