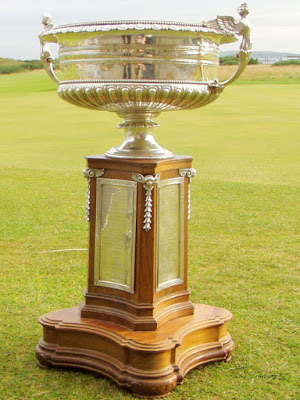 Jack McDonald (Kilmarnock Barassie) leads a 24 strong contingent from Ayrshire clubs, bidding for the 2015 Scottish Amateur Championship, which takes place at the home of The Honorable Company Of Edinburgh Golfers at Muirfield from Monday 27th July to Saturday 1st August.

Twelve of the Ayrshire players in the 256 strong field begin their bid for the title with first round ties on Monday, with the remainder scheduled to start their title bids on Tuesday.

First off from the Ayrshire entrants on Monday is James Johnston (Ayr Belleisle) who plays Andrew Cunningham (Ranfurly Castle) at 07.17.

Former boys internationalist Euan Walker (Kilmarnock Barassie) is next off at 07.49, against Alistair Scott (Lanark) whilst Ayrshire Matchplay Champion Michael Smyth (Royal Troon) tees off at 08.21 against Sean Marc (Broomieknowe).

On Monday Afternoon, Steven Stamper (Turnberry) starts at 13.05 against Colin Fraser (Peebles), Steven Spence (Royal Troon) plays at 13.29 against Stuart McKendrick (Dunkeld & Birnham) whilst the runner up in this years Ayrshire Matchplay Championship, Stuart Miller (Kilmarnock Barassie) tees off in the following group at 13.37 against Darren Howie (Peebles).

The two other Ayrshire players scheduled to complete their opening round on Monday play in successive games in the late afternoon, Stuart Easton (Ivine) teeing off at 15.41 against Munro Ferries (Tain) and former Scottsih Boys Champion David Wilson (Troon Welbeck) playing at 15.49 against Fraser Fotheringham (Nairn)

On Tuesday 28th July Keith Hamilton (Ayr Belleisle) is first off amongst the Ayrshire representatives, teeing off at 07.33 against Alasdair Simpson (North Berwick).

Jack McDonald (Kilmarnock Barassie) begins his bid for the title at 08.21 on Tuesday, in the only all Ayrshire first round clash, against Christopher Rossi (Western Gailes).

George Robertson (Irvine) is scheduled to begin his championship bid at 11.25 on Tuesday, with a first round tie against Craig Howie (Peebles).

John McMahon (Prestwick St Nicholas) plays at 13.45 on Tuesday against Bryan Fotheringham (Inverness) whilst Stuart Robin (Prestwick St Cuthbert) is the last Ayrshire player scheduled to start their first round match, playing in the penultimate tie of the round at 13.53 against Craig Wallace (Balbirnie Park).