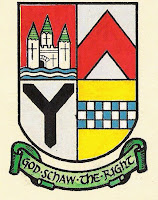 Ayrshire lost their opening two matches and faced a final day encounter against the only team to have won both their opening ties, but despite losing the foursomes in the morning by 2 - 1, the Ayrshire side stormed to victory with a fine performance in the afternoon singles, to defeat their opponents and ultimately deny them the 2016 championship title.