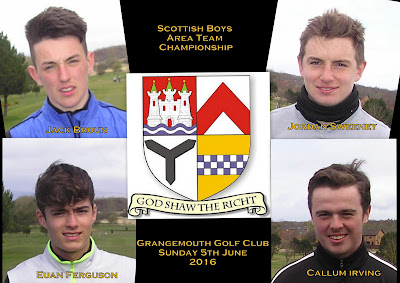 Jack Broun (75) , Calum Irving (82) and Euan Ferguson (83) provided the three counting scores in the afternoon singles, with Jordan Sweeney's 89 being discarded, to give Ayrshire a 45 over par total of 400, which was 32 shots worse than Lanarkshire, who won by a single shot from defending champions, Lothians, with North east in third place, five shots adrift of the runners up.

Ayrshire's total left them in thirteenth place out of the sixteen competing areas, and last of the six West Of Scotland areas.