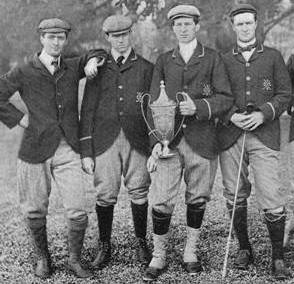 The Scratch Club Team Knockout competition has reached the quarter final stage, with the remaining eight clubs now knowing who they will face in the last eight.

The last tie played was on Sunday between Prestwick St Cuthbert and their visitors from Caprington, with the St Cuthbert team running out winners by 2.5 - 0.5. The St Cuthbert team are now at home to Ballochmyle in the quarter finals, following thier away win by 2 - 1 at Ardeer in the previous round.

The second quarter final brings together Girvan and West Kilbride who will contest their quarter final over the South Ayrshire course.

Kilmarnock (Barassie) safely negotiated a home tie against Crosshouse in the second round, winning by 3 - 0, and will be at home to Irvine in the quarter finals.

The last quarter finals sees Loudoun at home to Moorpark.

The full quarter finals draw is :-