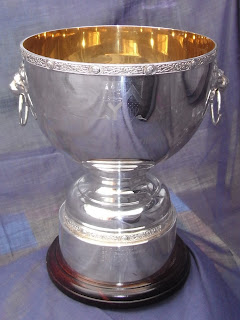 The competition, for the R.L. Crawford Trophy, which will be played this year at Brunston castle Golf Club on Sunday 3rd July, sees teams of three players representing member clubs competing on a scratch basis, with the best two scores from three counting towards the team score.

The winning club will go forward to represent Ayrshire in the Scottish Club Championship finals at Stranraer in September.

Entry forms were emailed to club secretaries a number of weeks ago. Should any club not have received their entry forms, they should make contact with the Area Secretary as soon as possible.