The Ayrshire Ladies County Golf Association team for the West Of Scotland inter county matches, to be played at Loudoun Gowf Club from Monday 15th to Wdnesday 17th June has been announced. 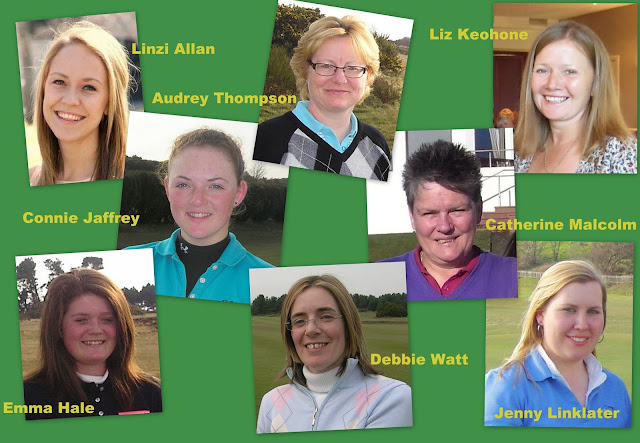 Scotland internationalist Connie Jaffrey has been named in the team alongside 2015 County Champion Catherine Malcolm, and a number of former county championship winners including 2014 winner Linzi Allan.

The host club is well represented in the team with Audrey Thompson and County Vice captain Liz Keohone included.

The remaining places are filled by Debbie Watt, Jenny Linklater and Emma Hale.

The team will play matches over the three days against Dumbarton & Argyll, Renfrwshire & Lanarkshire with three foursomes in the morning followed by six singles in the afternoon.

Spectators are welcome to visit Loudoun on all three days to support the county side in their bid for a place in the Scottish County Finals later in the year.
Posted by AJM at 2:41 am