AYRSHIRE CHAMPION OF CHAMPIONS - Two more through to quarter finals 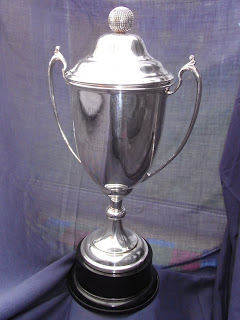 Two more players are through to the quarter finals of the 2015 Ayrshire Champion Of Champions Trophy competition.

Also through is Jamie Stewart (Whiting Bay) who defeated his visitor Greg Jarvie (Crosshouse) in their third round clash. Stewart now has an away tie at either Irvine Ravenspark or Prestwick St Cuthbert in the quarter finals.
Posted by AJM at 12:36 pm