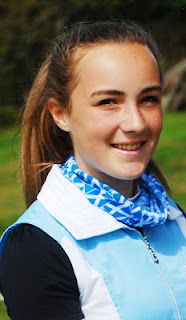 Hazel MacGarvie (Troon Ladies) is the 2016 Scottish U18 girls champion. The GB and I Junior Vagliano Trophy team player beat Jillian Farrell (Cardross) with an eagle 2 at the first play-off hole after they had tied on three-under-par 71 at Baberton Golf Club, Edinburgh on Thursday 21st July.

The championship, for the first time, was decided on one round of stroke-play by the 16 qualifiers for the match-play championship which could not be played because rain washed out a full day's play on Thursday.

The handicap championship for the Ansley Reid Salver was won by Georgia Ledingham (Craigmillar Park) with a net 66 off 29 of a handicap. She won by three strokes from Switzerland-based Cameron Neilson (8) and Hannah Darling (Broomieknowe) (8).