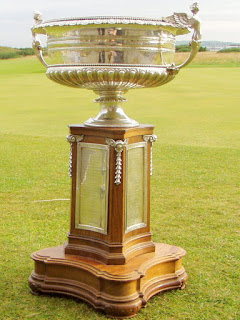 A first round win by 3 & 2 over Paul Ferguson (Turnberry), Pennycott was taken to the 21st hole before winning his second round match against Calvin Cheyne (Newmacher) and a 4 & 3 win in his third round tie with S Graham (Carnoustie) saw him into the last 32, where he will play Sandy Scott (Nairn) on Thursday morning.
Posted by AJM at 12:28 am