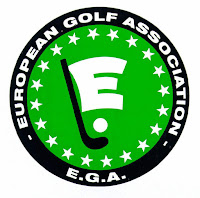 The Scotland Woman’s team beat Netherlands on Thursday 7th July at Oddur GC, Iceland, to progress in flight B of the European Ladies Team Championship.

Ayrshire’s Connie Jaffrey (Troon Ladies) was defeated by 5 & 4 in her own tie, but the Scotland team managed to secure a 3 – 2 victory overall.

On Friday, the Scotland woman’s team take on Slovenia.

In the Girl’s event, being played at Oslo GC, Norway, the Scotland team lost out in their flight B match against Slovakia by 3.5 – 1.5, with Hazel McGarvie (Troon Ladies) losing her tie by 5 & 4 and Louise Duncan (West Kilbride) earning a halved match.

In the Boys event, being played in Austria, Scotland lost their Flight A match by 4.5 – 1.5 to Denmark.

In the Men’s event, at Chantilly in France, Scotland’s defence of the title they won last year continued with a 5.5 – 1.5 win over Spain in their opening Matchplay tie, following their qualification in second place.

On Friday, Scotland’s title defence continues against Italy.
Posted by AJM at 10:35 pm