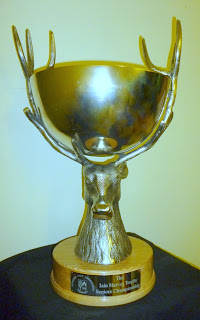 The semi final line up for the inaugural Ayrshire Senior Men's Matchplay Championship has been confirmed, with the conclusion of the first round matches.

In the remaining first round fixture, George Robertson (Irvine) defeated Brian Fisher (Largs) by 5 & 4 to book his place in the last four.

The semi final line up is:-

The semi final ties are due to be completed by the 10th of August, with the final due to be played at Royal Troon on Friday the 12th of August.